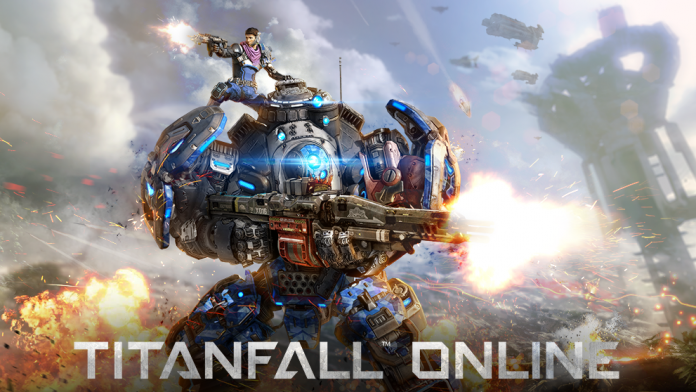 It is possible that the attack against Titanfall was started by the community member who was praised for saving it.

The Titanfall community may have finally uncovered the hackers behind both last month’s massive Apex Legends hack and server-breaking bot attacks that have been hitting Titanfall 1 for years.

Earlier this week, SaveTitanfall.com–a site mentioned in the Apex Legends attack that otherwise insists it was not involved in the hack itself–released a hefty, 40 page PDF regarding Operation RedTape. The document, along with a folder of additional evidence, contains discussions from Discord servers, emails, private messages, and other information that implicates a number hackers in the July 4 Apex hack, Titanfall’s ongoing shutdown and recent DDoS attacks on Titanfall 2 streamers.

YouTuber Upper Echelon Gamers puts this evidence in context. He had previously covered Titanfall 2’s attacks. The video alleges that p0358, a Titanfall fan who grew famous for a Medium article that supposedly tells Respawn “how to fix Titanfall”, in fact collaborated with owners, admins and associated hackers on the Remnant Fleet discord server (a server closely associated with SaveTitanfall.com) to plan the Apex Legends attack.

Screenshots show discord members boasting about how they had altered Apex’s client and instigating attacks against certain streamers. They also plan to crash Apex while discord channels deny any connection to the attack.

The report states that savetitanfall.com started as a partnership between various Titanfall communities. It was created to raise awareness about the state of Titanfall and provide accurate information about its problems. “Unfortunately, [Remnant Fleet] chose to place their own goal–promotion of their server and personal Titanfall community projects–above all else and took advantage of other’s hard work when it was convenient.”

It’s not worth the effort to shut down Respawn’s shooters. These hacks are part of an elaborate plan to revive Titanfall Online, an abandoned F2P spinoff by Nexon that aimed to port Titanfall for Asian markets. p0358 and his colleagues are working to revive TFO in the community, but they have encountered difficulties accessing the source code.

In addition, p0358 is very open about his desire to work for Respawn. Upper Echelon believes that he would be able to access Titanfall’s source code if he was hired. This would allow him to help in the revival of TFO. As he hopes that it will bring attention to the TFO project, p0358 has been captured repeatedly as smiling and giddy at Titanfall’s death.

“This makes no sense”, said YouTuber MoDen31 in a condensed YouTube summary of the report. They hacked Titanfall to fix Titanfall and to get hired to by Respawn to revive a Titanfall port that was free to play for the Asian market.

Following the report, Remnant Fleet owner and implicated hacker RedShield (via the Titanfall subreddit) disavowed the server’s involvement, saying “I’d like everyone to know we’re not behind the Titanfall 1 attacks, Titanfall 2 attacks, Apex Legends attacks”. According to reports, he has been in touch with Upper Echelon and gave them a “tour” of the secret channels where the alleged plotting occurred.