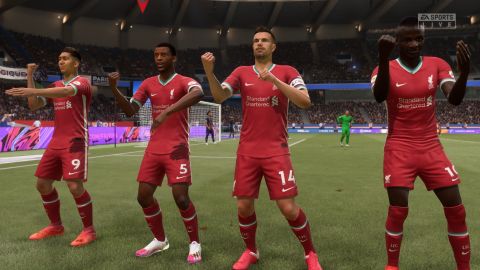 EA revealed last week that it might have had enough of paying FIFA , the world’s governing body for football, in an insouciant manner only mega-corporations can. In a blogpost , EA Sports Group general manager Cam Weber stated that “As we look forward, we’re also exploring renaming our global EA SPORTS soccer games.” “This means that we are reviewing our FIFA naming rights agreement, which is separate to all other official partnerships and licenses in the football world.

EA’s FIFA brand has been distinctive from the many other licenses that are incorporated into the game. Past EA executives like Peter Moore have pointed out that EA has done more to FIFA’s image through the success of this series than FIFA itself. EA has also made other moves, including renaming PGA Tour EA Sports PGA Tour.

It seems like FIFA 22 is the last series to be released under this name. There are many reasons to change the name. FIFA is huge, but it could also be an opportunity to get away from controversial areas like FUT and player packs. Some consider these to be the epitome unregulated monetisation. EA states that children shouldn’t spend on them. While the EA is clearly struggling at the moment, various regulatory bodies are taking a closer look and may help to see the signs.