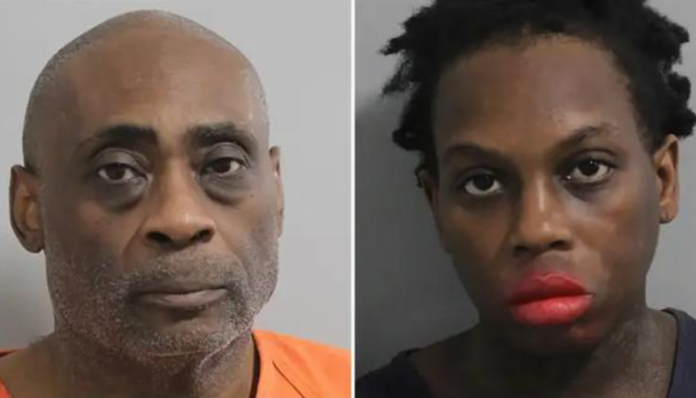 A couple living in central Florida’s Polk County have been arrested and charged with “great harm child abuse” in the death of their 2-year-old daughter, who was possibly starved to death and was only “skin and bones.” when she was examined by medical personnel, the sheriff’s office said Thursday.

Regis Johnson, 57, and Arhonda Tilman, 35, of Davenport, were arrested in the death of their two-year-old daughter and booked into a county jail, where they are being held without bail.

“This is appalling and should never have happened. Because of the actions of these parents, this child will never have a chance to grow up,” Polk Sheriff Grady Judd said indignantly.

He reminded parents who do not love their children that there are resources such as “leaving the baby in a fire station or social services”, among other options, but never let a child die like that.

The minor’s body weighed only 9.5 pounds (4.3 kilos) at the time of her death and the coroner who performed the autopsy determined that the little girl “had no food in her stomach and had suffered from hunger for a long time,” said a statement from the sheriff’s official.

In the investigation, detectives learned that in December 2019, the Department of Children and Families (DCF) launched a medical malpractice investigation that revealed that the victim was constantly losing weight and that her parents did not keep medical appointments.

Detectives also contacted the victim’s pediatrician, who told them the parents’ last visit with the child was in January 2020.

Therefore, the medical office tried to contact the parents several times without success, due to concerns that the minor could suffer from cystic fibrosis.

In a press conference today, Judd said that the girl weighed 6 pounds and 10 ounces (just over three kilos) at birth, in July 2019, and that at the time of her death on May 10, her weight was only 4.3 kilos.

“He should have weighed 32 pounds (14.5 kilos). From a doctor’s appointment in January 2020, until his death, he only gained 1 ounce. He could not stand up or speak or walk,” the sheriff said.