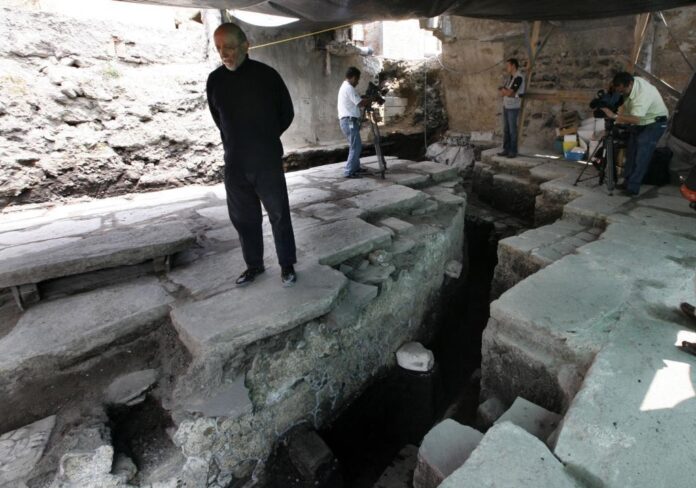 The Mexican archaeologist and anthropologist Eduardo Matos Moctezuma, the main promoter of the excavations of the historic center of Mexico City and one of the greatest experts on pre-Hispanic cultures, has been awarded the 2022 Princess of Asturias Award for Social Sciences. The jury has valued “his extraordinary intellectual rigour”, “his scientific intelligence” and “his capacity for dissemination and social commitment”, when awarding him a distinction that also implies recognition of the efforts to reconstruct -in an objective and thorough manner- the splendor of the civilizations of Mesoamerica.

The Princess of Asturias award is the finishing touch to the lofty career of an academic who, at 81 years old, shies away from the political use of history advocated by, among others, Mexican President Andrés Manuel López Obrador: “I have always been critical of those crooked visions that interpret the past as a battle between good guys and bad guys and that also manipulate historical events for their partisan use. I have never hidden myself: Spain and Mexico are linked by indissoluble historical and cultural ties, that is why we must look towards the future and fight for those relations to become even closer”, confesses Matos Moctezuma to EL MUNDO.

Sleepless and visibly moved, after receiving a call from Oviedo in the middle of the night, the archaeologist acknowledges that “I did not imagine that I was going to win it, there were very valuable candidates, but I feel tremendously proud and satisfied to receive such a prestigious award”. At the age of 81 and after having dedicated more than half a century to the study of Mexica culture, Matos Moctezuma remembers that everything would have been very different if he had fulfilled the plans of his family. When he enrolled in the National School of Anthropology and History (ENAH), his mother asked him if “wouldn’t it be good if you also studied at the Banking School in the mornings and devoted yourself to other things in the afternoons? ?”. Fortunately, Matos Moctezuma followed his instincts and managed to carve out an impeccable and exemplary professional career.

At the age of 31, he was already director of the ENAH, general secretary of the Mexican Society of Anthropology and president of the Council of Archaeology. His life changed on February 21, 1978, when a group of workers from the state electricity company that was carrying out maintenance tasks on a building in the historic center of the Mexican capital came across the Coyolxauhqui, a shield-shaped stone of more than three meters in diameter that represents the lunar goddess dismembered by Huitzilopochtli, the god of war, and that, according to pre-Hispanic codices, was very close to the sacred precinct of Tenochtitlán, the capital of the Mexica.

His discovery and the insistence of researchers such as Matos Moctezuma aroused the interest of the authorities, who agreed to allocate resources to unearth the countless Aztec remains that were buried, 500 years earlier, under the immense Mexico City. The award-winning archaeologist was in charge of creating and directing the Templo Mayor Project, one of the most important and ambitious archaeological plans of the 20th century in the American continent. The objective was to bring to light the remains of the great ceremonial center of the Mexica, made up of more than 78 buildings and crowned by the Templo Mayor, an imposing 45-meter-high building where the most important events of political life took place. economic and religious of the pre-Hispanic Empire.

Matos Moctezuma reminds this newspaper that one of the first times he was able to show the world the treasures that were being recovered from the subsoil was at the end of the 1970s, at a symposium organized by the University of Zaragoza. “At that time there was a great lack of knowledge. Fortunately, we were able to start digging 44 years ago and today my colleagues continue with this formidable task,” he explains. The Historic Center of the Mexican capital is considered Cultural Heritage of Humanity and any underground movement, such as public works or building renovation, must be notified to the National Institute of History and Archeology.

Over the years, this mechanism has made it possible to find innumerable pre-Hispanic vestiges: the Palace of Axayácatl, where the Spaniards stayed upon their arrival in Tenochtitlán, the Temple of Ehécatl, god of the wind, the head of the ball game court , the deadly sport practiced by the Mexicas, or the remains of Calmécac, the school where the children of the nobles studied. Given the difficulty involved in bringing to light these relics buried under Mexico City, archaeologists are currently promoting the Archaeological Windows program, with which it is sought that today’s society can peek into that past that the Spanish buried under the foundations of the viceregal capital.

To date, more than 40 observation points have been set up around the Zócalo of the Mexican capital. One of the most impressive finds is the Huey Tzompantli, a monumental offering dedicated to the god of war made up of more than 600 skulls of sacrificed humans. Despite the fact that his visit is not yet open to the general public, EL MUNDO was able to access it and document it in a report published in December 2021. The person in charge of the excavation, Raúl Barrera, acknowledged to this newspaper that, if it were not for his mentor, Matos Moctezuma, would not have been able “to finish composing this archaeological puzzle”.

Away from field work for several years, Matos Moctezuma has written more than 500 research papers on pre-Hispanic cultures. Among his most relevant works stand out Life and death in the Great Temple, Death on the edge of obsidian and Death among the Mexica. Matos Moctezuma occupies chairs at the Mexican Academy of History and Language, he is an honorary doctor of the National Autonomous University of Mexico and the University of Colorado and, in 2017, he became the first Mexican to give a title to a professorship at Harvard University.