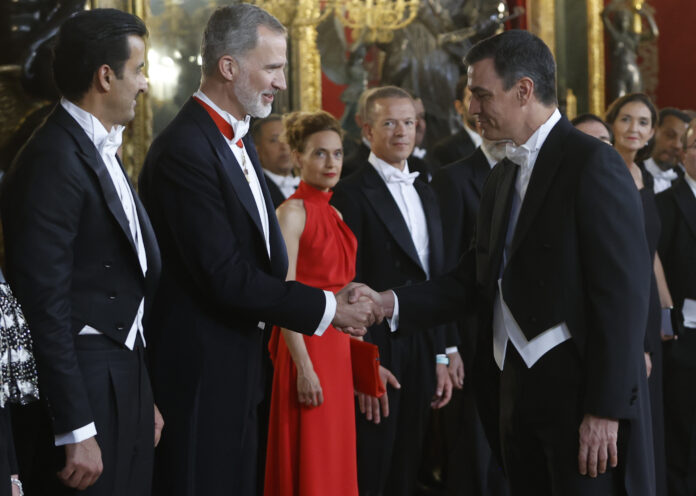 They had promised an important announcement and the emir of Qatar kept his word. Thus, at the gala dinner held at the Royal Palace after an intense day, Tamin Bin Hamad al Thani affirmed confidence in “the soundness of the Spanish economy” and ordered “increase investments in Spain by 5,000 million dollars” ( €4.7 billion). This important announcement came at the end of his speech, words that support Felipe VI, who in his speech highlighted “the fact that we have decided to elevate this excellent relationship to a strategic association.”

The King recalled that “friendship” with Arab countries is “an essential pillar” of foreign and Euro-Mediterranean policy. In addition, he stated that “Spain wants to continue strengthening its presence in the Gulf region”, an area with which there has been a close dialogue but with which, as he stated, they wish to “establish a more stable and strategic link”.

Aware of the economic and strategic importance of the country in the world, the King thanked “the confidence that Qatar has shown in our economy and its determined will to continue being one of the main investors in Spain”. Don Felipe also made reference to the appointment that the Qatari delegation has today at the Business Forum. “We are sure that Qatar will value the leadership of Spanish companies,” he said. Next, the emir of Qatar invited the King and Queen to the opening ceremony of the World Cup to be held in Qatar on November 21.

This Tuesday was the first gala dinner without masks at the Royal Palace. A hundred guests from the world of industry and culture gathered in the Throne Room for the kissing of hands. Queen Letizia wanted to have a gesture with the emir and the sheikha and she put on the earrings that they had given her at lunch. Some brilliant jewels that belong to National Heritage.

The music unit of the Royal Guard entertained the dinner, where they played songs from more classics to a remix of the best-known ABBA songs. The guests tasted a menu created by Ramón Freixá based on white and green asparagus with tuna belly tartar, grouper with sticky rice and cherries, fresh cheese and Sichuan pepper.