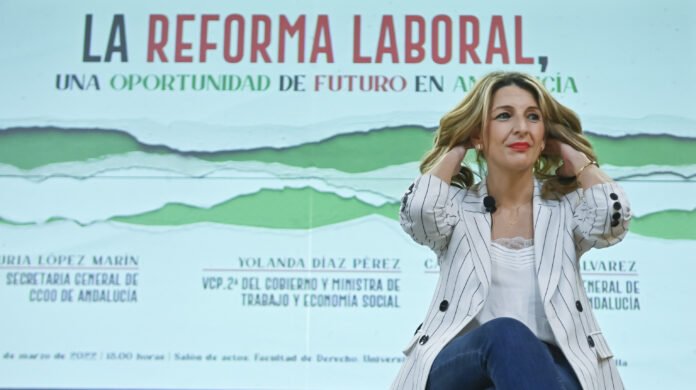 ERC, EH Bildu and BNG, three parliamentary allies of the Government, are trying to promote a reform of the labor reform recently approved in Congress thanks to the error of a PP deputy, to correct the deficiencies that, in their opinion, this law contains and that explained their vote against it.

With the bill that they have already registered in the Chamber, the three forces highlight the shortcomings of the pact reached between businessmen and unions and sponsored by the second vice president, Yolanda Díaz, and, incidentally, try to justify to the left-wing electorate the Why are you opposed to such an agreement?

The most outstanding point of the initiative is the recovery of compensation of 45 days of salary per year worked up to a maximum of 42 monthly payments in cases of unfair dismissal, as well as the reactivation of the so-called processing salaries. Likewise, a modification of the causes of dismissal is proposed; the restoration of the administrative authorization in case of collective dismissal; new measures to combat precariousness, partiality and instability at work; modifications in the field of subcontracting to achieve a real equalization of rights and a strengthening of collective bargaining.

In this way, the bill establishes that the employer must pay the worker an amount equal to the sum of the wages not received from the date of the dismissal until the notification of the sentence that declares the inadmissibility of the same or until it had found other employment if such placement was prior to said sentence. In addition, the employer must keep the worker registered with Social Security during the period corresponding to the salaries referred to in the previous provision.

The processing wages paid by the employer may be claimed by the latter from the State. The worker may also make this claim in the event that the employer has been declared insolvent.

The three forces that signed the bill explain that it must be “a starting point for a process of broad debate, negotiation and agreement between social, trade union and political agents.” They add that it is intended to be “compatible and non-exclusive with the projects announced by the Ministry of Labor” and insist that its objective “is to achieve a social and parliamentary agreement that allows the approval of a new ambitious and effective law that gives response to the demands of working people in terms of labor legislation”.

In this sense, ERC, Bildu and BNG make a “call” to the parliamentary forces to “reconfigure a large majority with the help of the parties that are part of the Government -PSOE and United We Can- and the sovereignist and leftist forces ” in order to “recover and expand the labor rights of state workers.”