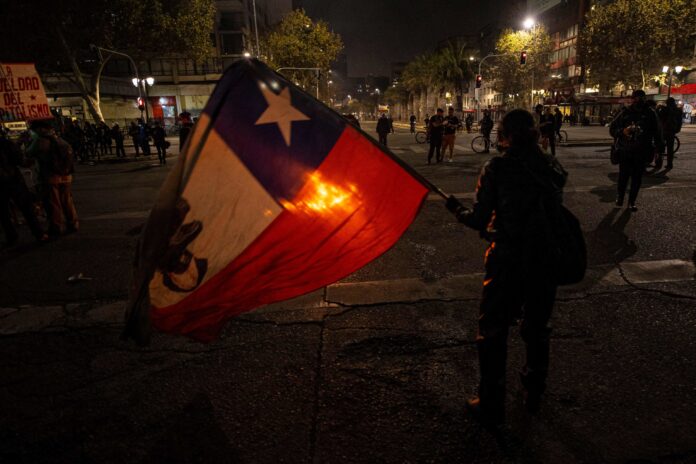 A driver of the escort group of the Chilean president, Gabriel Boric, was assaulted and shot with a firearm on Friday night in Santiago by a group of people who stole the official car, according to police sources this Saturday.

The driver, a sergeant from the Carabineros police force, was alone in the vehicle, in the town of San Miguel, south of the capital, returning to the presidential Palacio de La Moneda to leave the car. On the way he was approached by three criminals who took him to the town of Colina, where they attacked him, shot him in the arm, abandoned him and took the vehicle.

According to the Undersecretary for Crime Prevention of the Government of Chile, Eduardo Vergara, the official works in the “extended team” of the escort group, although he was not a direct guard for the president. The affected person was left with ballistic impact injuries, in addition to cuts on the cheekbone and scalp, local media reported.

The police officer was assisted by a passer-by who was near the scene and helped him get to a police station, from where he was taken to a hospital.

The thieves, two of them armed, threatened his family, who was in the house, located in the residential neighborhood of Ñuñoa, in the center-south of Santiago, detailed official sources. “First they approach the minister’s son and then they handcuff the husband and then flee in the vehicle owned by the minister’s family. One of the subjects would carry a knife and another what would be a firearm, a revolver”, said prosecutor Francisco Lara.

“We must redouble our commitment to security… We have to increase efficiency levels to deal with crime in Chile,” added undersecretary Vergara.