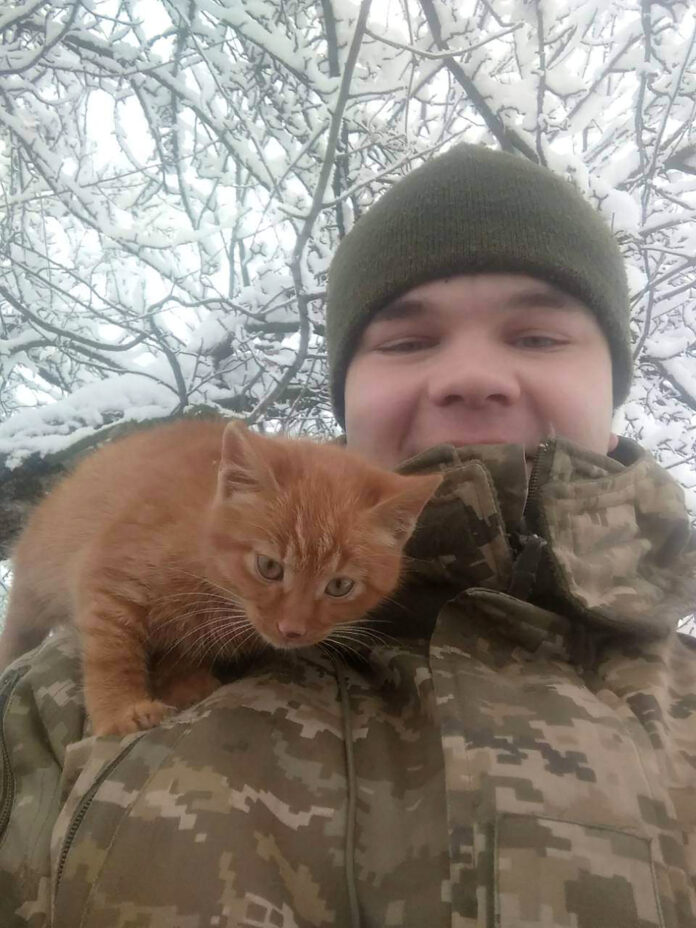 For almost two and a half months, Iryna Yegorchenko prayed that her son Artem, one of the Ukrainian soldiers defending the huge Azovstal steel plant in Mariupol, the last pocket of resistance besieged by Russian forces, would come out unscathed. On Wednesday, the news fell like a knife: Artem, 22, is dead.

Devastated, Iryna confesses that she has also felt a certain relief: at least the Russians will not capture her son. She, too, will not know the hunger or the wounds suffered by many of her companions.

“Suddenly I felt relieved. It is easier to know that your son is dead than to find out that he has been captured or that he is injured or crying from hunger,” the 43-year-old woman who lives in kyiv explains by phone.

Now that all the civilians have been evacuated from the Azovstal steelworks thanks to a Red Cross and UN mission, only Ukrainian fighters remain inside the factory, taking refuge in a maze of endless passageways and Soviet bunkers.

On the surface, the Russians control almost all of this great port on the Sea of ​​Azov.

Artiom, a portly-looking young man who was an avid boxer, entered the steel mill in early March. There he will have spent 74 days with a single means of communication with the outside: Telegram and Instagram.

“They weren’t allowed to call. Sometimes he just wrote a when he asked if he was alive,” says Iryna Yegorchenko, a psychologist by training, who also has a 20-year-old daughter and two other adopted children. and six years.

Artiom always told her that she was fine, but she was more open with her friends, her mother now realizes. “She wrote to them that their days were numbered, that they wouldn’t make it,” she says, her voice heavy with emotion. She also told them how they suffered the death of a colleague every day, and that the Russian tanks had penetrated the factory compound.

The last time he spoke to him was on May 7. On the 11th, she received the message: her son was crushed to death by a landslide. “At least he didn’t suffer. It all happened so fast,” she sighs. “She Now she is with God.”

Iryna is very worried about the fate of the remaining Ukrainian soldiers in Azovstal. Those seriously injured or at risk of falling into Russian hands.

After several weeks of fierce fighting, soldiers trapped in Azovstal, including those from the Azov Battalion, are desperately asking for help on social media. This week, one of the commanders, Sergiï Volyna, has described the living conditions inside the factory as “inhumane”. “Every minute a new life is lost,” he said.

His appeal is addressed to Pope Francis, Western leaders and even billionaire Elon Musk, asking for “immediate” assistance. His message finds a strong echo in those of the soldiers’ families.

“My son is in hell in Azovstal,” Yevgen Sukharikov, the father of an Azov Battalion fighter, said during a press conference on Thursday, fearing a “massacre” if the soldiers still trapped in the Azov steel mill are not rescued. Mariupol. “Either we risk it (to save them), or the whole world will see them slaughtered,” he pleaded.

Ukrainian Deputy Prime Minister Iryna Vereshchuk said on Thursday that negotiations with Moscow over his evacuation had failed. “They will only allow their exit if they surrender. Our boys will not agree to lay down their arms,” ​​she said, hoping to mount an operation to rescue the soldiers in the worst condition.

The city of Mariupol and the Azovstal steel mill have become a symbol of the fierce resistance in Ukraine against the Russian invader. And for Iryna Yegorchenko, the fact that her son died defending her country is a source of immense pride. “She lived a good life, protected her family. She deserves her place in paradise,” she says.

Iryna doesn’t know if she will be able to get her body back when the fighting is over. Anyway, she doesn’t want to see her son in a coffin. “It causes me immense pain, even physical, to know that he is no longer with us. I would have liked to see what his future would have been like if this war had not taken place, what my grandchildren would have been like,” she laments.