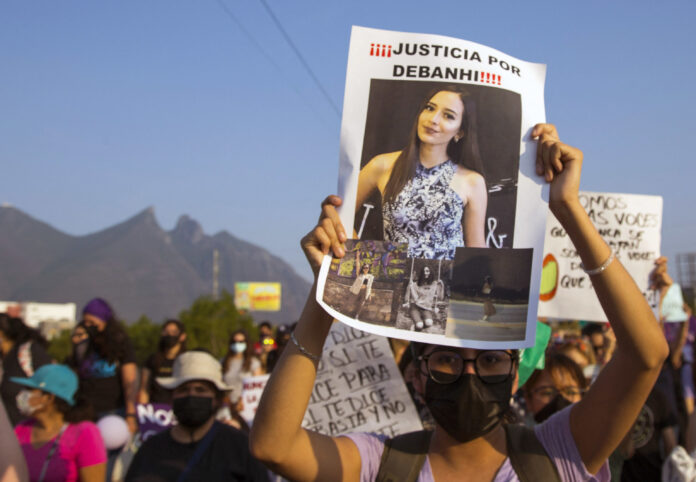 Mario Escobar Salazar, the father of Debanhi Escobar, the teenager who was found dead in northern Mexico after spending 12 days missing, has denounced the leak of the independent autopsy that shows that she was murdered and suffered sexual abuse.

“I demand that a purge be carried out in the Nuevo León prosecutor’s office, I demand that if the prosecutor or the deputy prosecutor are the people who are leaking that information, I want their head, that they leave and get out of here because they do not deserve to be people who is profiting from the people of Nuevo León, it is not worth it,” said Mario Escobar Salazar in one of his videos through which he vindicates “the truth” and asks for justice for “the femicide” of his daughter.

The second forensic report on the death of Debanhi Escobar, which reviews the first official autopsy, rules out the hypothesis of a possible accident involving the young woman, a line of investigation that the Attorney General’s Office of the state of Nuevo León has followed.

The details of the independent forensic report, which was requested by Debanhi’s family, were disclosed by the Mexican media after the report was advanced by El País.

The opinion, which reviews the first official autopsy, indicates that the body of the 18-year-old girl “showed signs of sexual violence” and that she died “before her body was introduced or thrown” into the water tank of a motel, where He was found on April 19.

“This is a violent homicidal death,” says the cited report.

On April 27, the Nuevo León Prosecutor’s Office dismissed the Specialized Prosecutor for Missing Persons and the Anti-Kidnapping Prosecutor, who were leading the case for serious “omissions and errors” in the investigation, reports Efe.

The removal was due to the fact that the search groups investigating the case reviewed the hotel up to four times, the same in which they did not find the body, which was finally located inside the cistern located in the patio of the building.

At the conference that day, the Prosecutor’s Office showed some videos to the media that began after the last photograph taken by the taxi driver, at 4:26 in the morning, who was transferring Debanhi and leaving her on the Monterrey, Nuevo Laredo highway. .

In the videos, the young woman is observed going to a trucking company and it is not appreciated that she enters the premises. Minutes later, she goes to the Castilla hotel where the young woman walks through the patio of the place, and according to the prosecutors she went “to the area of ​​​​the cistern”, where her body was located.

That day the prosecution reiterated that the cause of death of the young woman was the product of a “deep skull contusion”, an impact that the autopsy located on the forehead.

Despite this, prosecutor Gustavo Adolfo Guerrero reiterated that “no line of investigation is ruled out, including a murder by organized crime.”

However, one of the lines of investigation is that Debanhi accidentally fell into the hotel cistern, since the videos do not show that anyone was following her or was with her.

The case, which occurred in the prosperous city of Monterrey (north), sparked unusual interest in Mexico, where the femicide crisis dates back to the 1990s and especially hits poor women.

The death of Debanhi, a middle-class university student, brought this experience closer to more favored social sectors, generating a greater impact and social pressure, but also a trivialization of the case by the media, according to experts consulted by AFP.

The report details that Debanhi’s body “shows traces of a violent and recent vaginal sexual intercourse” and that this “is deduced from having found violaceous ecchymoses and bruises” in the outer area of ​​the genitals, the journalistic note refers.

The official autopsy does not mention or analyze possible signs of sexual violence on Debanhi’s body, points out El País.

The report coincides with the first autopsy in which the cause of death was an “intercranial hemorrhage”, but details that the young woman has several head injuries and not just one as the official report seems to suggest.

“The craniofacial contusions are of external origin to the body and because they are intense, repeated and with different angles of impact, it follows that they were caused by another person and that it is a violent homicidal death,” details the aforementioned newspaper.

The article indicates that the Nuevo León state prosecutor’s office received the independent forensic report on May 2.

Debanhi’s case has caused a stir in Mexico, a country in which, on average, more than 10 women are murdered every day and in 2021 there were more than 1,000 femicides, gender-based crimes.

So far this year, the state of Nuevo León has registered a wave of disappearances with at least thirty women still unaccounted for, reports Efe.

Debanhi’s death is already being investigated as a crime of femicide, after originally registering as a disappearance, and work is being done to standardize “a single final opinion” based on the two autopsies, Mexico’s Undersecretary of Public Security, Ricardo Mejía, reported Thursday morning. .

Meanwhile, President Andrés Manuel López Obrador said he was willing to meet with Debanhi’s father, Mario Escobar, during his visit to Monterrey this Friday.