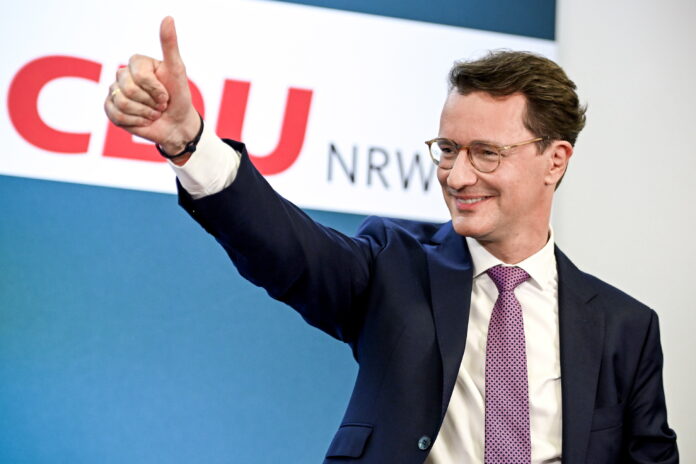 The most populous federal state in Germany elected a new regional parliament this Sunday and the conservative Christian Democratic Union (CDU) revalidated its victory, according to projections at the close of the electoral premises. The CDU won 35 percent of the vote, two points more than five years ago, while Chancellor Olaf Scholz’s Social Democratic Party (SPD) got 28 percent, a drop of three points compared to 2017, according to the polls broadcast by public television ZDF.

However, the CDU is not guaranteed to maintain power due to the weakness of its liberal partners, who obtained 5.5 percent of the ballots. Almost half of the votes were left by the wayside in relation to the last regional elections and leave a possible re-edition of the regional government in the air.

The Greens were in third position, with 18 percent, and they have made great progress, as they rose 12 points compared to the 2017 regional elections. They will also be a key factor in the formation of the next government. The numbers could add up to reissue at the regional level the traffic light coalition of the central government between Social Democrats, Liberals and Greens. Although it could also give rise to the Jamaica coalition, which replaces the SPD with the conservatives of the CDU. Pending the official results, the formation of the next executive is not clear.

The call was seen by many as a revalidation of the Social Democrat Olaf Scholz, who was measuring himself against the power of a CDU with a renewed leadership and led since last December by the right-wing Friedrich Merz, originally from this “Land”. The pulse has won the second, while doubts intensify in the SPD, which chains two regional elections with poor results.

Last week, the elections in the small “Land” of Schleswig Holstein, in the north of the country, resulted in a conservative victory and lifted the Greens to second position, leaving the SPD in third position with 16 percent of the vote. the votes, which represents an 11-party drop for the chancellor’s party. The Social Democrats have seen their votes shrink against the Greens, which have been in full swing for a couple of years.

If the environmentalists have been the moral winners of the elections in North Rhine-Westphalia, at the opposite pole is the far-right Alternative for Germany (AfD), which is on the verge of the barrier of 5 percent of the votes necessary to enter in the regional Parliament. Gone is the 7.4 percent harvested five years ago. The party suffers from less visibility in this legislature – it is no longer the main opposition party in the Bundestag – and the pull of the figure of Merz, notably more right-wing than his predecessors at the head of the CDU conservatives, has contributed to the vote transfer.

The Rhine elections are the most important vote of the German election year. Some 13 million voters were summoned to the polls to elect the new regional chamber, where currently the dominant force is the CDU, which governs in coalition with the Liberals. The head of the government, the conservative Hendrik Wüst, and the Social Democrat Thomas Kutschaty, who was Minister of Justice of the “Land” between 2010 and 2017, vied for the first position.