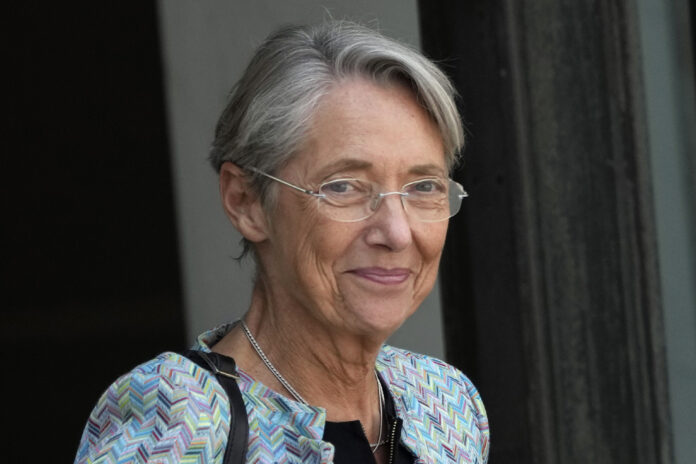 The President of France, Emmanuel Macron, appointed Labor Minister Élisabeth Borne as the new prime minister, who comes from the socialist orbit and is the second woman to occupy the second most important position in France.

Borne – who also headed the Ministries of Ecology and Transport during Macron’s first term (2017-2022) – replaces the conservative Jean Castex, who, as expected, on Monday formalized his resignation as Prime Minister of France after almost two years in office.

Macron, who renewed his post last April beating the far-right Marine Le Pen with a narrower margin than in 2017, chose Borne, 61, to give the head of government a more social and environmental profile.

Borne will be the second prime minister in the history of France, after the fleeting passage of Edith Cresson, who was in Matignon for only eleven months (from May 1991 to April 1992), during the second term of the socialist François Mitterrand. The transfer of powers between Castex and Borne will take place almost immediately.

Macron thanked Castex in a message for his work over the last 22 months: “He has acted with passion and commitment at the service of France. Let us be proud of the work accomplished and the results achieved together.”

The French president decided on Borne to the detriment of other potential candidates such as Catherine Vautrin, former Secretary of State under Nicolas Sarkozy and who lost steam due to her positions seen as too conservative.

A few days after winning the elections, Macron had publicly said that his new prime minister should be committed to “social, environmental and productive issues.”

Thus, Borne, with a more technical than political profile, rose in the pools both for her recent experience in the Government -in addition to being Minister of Labor and Ecology, she was Minister of Transport-, as well as for her work during the socialist five-year period of François Hollande (2012-2017).

At that time, she was appointed prefect (government delegate) of the departments of Vienne and Poitou-Charentes. In 2014, she was Chief of Staff to the then Minister of Ecology, the 2007 presidential candidate Ségolène Royal.

Macron has appointed the new tenant of Matignon trusting in an electoral victory of his new coalition “Ensemble” (“Together”) in the legislative elections in mid-June.

However, the head of the Government depends on the confidence of Parliament so, in the unlikely event that “Ensemble” does not win in June, his position would be at risk.