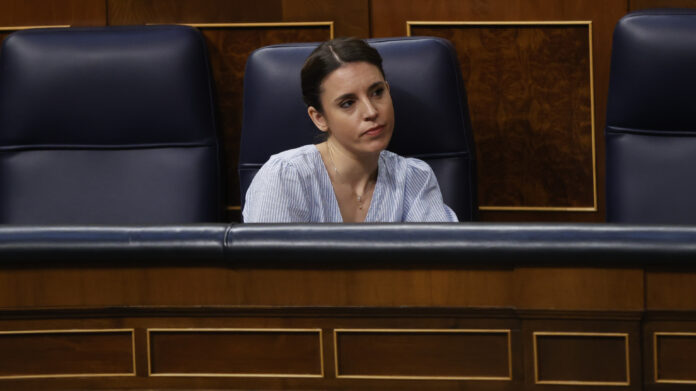 The Council of Ministers will debate the new Abortion Law tomorrow. The project will delve into all the issues related to women’s giblets: not only abortion, but others that are related to it, or geographically close, let’s say I’m talking about painful menstruation. “We are moving forward to end the stigma, shame and silence around menstruation.”

Impressive. Menstruation is not one of the joyful mysteries of the Rosary, but neither is it a curse. It is true that in some cases it is accompanied by pain, sometimes strong, sometimes disabling, but stigma, shame, silence? It is also true that this is not a fascinating topic of conversation, but it is not intractable, nor does it stigmatize women, nor does it shame them or condemn them to silence. It is wrong for me to say it, but those of us who suffer from hemorrhoids do not tend to air the matter at the first opportunity, without this causing us any major inconvenience. Facing it? Hemoal.

All this began with Zapatero, a champion in airing the minutiae of his ministers. It should be remembered that he appointed Carme Chacón Minister of Defense to get a photo of some uniformed men parading before a minister who is eight months pregnant. It was something vocational, according to her own affirmation: «I have discovered my relationship with pregnant women. In Jerez, a woman who was three months away from giving birth told me: “Thank you, on behalf of all”».

Not only of its ministers. Raúl del Pozo recounted in 2007 an excursion with Zapatero to the Congress bar, his familiarity in dealing with all the waiters, whom he calls by their names: Santi, Salva, Carlos. One of them asks him about the girls and he gives more explanations than they have asked him for and those that interest the waiter: «He answers with a hermetic phrase, perhaps from Gamoneda. The oldest, 13 years old, already knows that she is invited to life. She orders a coffee and maintains her smile and serenity on tense days». The columnist Espada put an irreproachable corollary: «Gamoneda? No Evax.

I have once wondered how a 13-year-old girl will deal with the insubstantiality of a father who publicizes such matters of her intimacy in casual conversation with a waiter while having an aperitif.

Surely there are people in the Government with more intellectual balance than the ministers of Podemos. The mysterious issue is why it is the Monteros and Belarras who get away with it. It is because of radical affinity. I do not have to forget that electoral campaign of 1982, in which the PSOE promised the decriminalization of some cases of abortion. I attended a round table on the subject at the Ercilla hotel. Txomin Ziluaga, leader of Herri Batasuna, explained it with a clarity that the Marchioness of Galapagar could not have overcome: «In HB, it is not that we are in favor of abortion, but we must bear in mind that every year in the Basque Country 3,000 women abort in some health conditions so subhuman that endangers not only the life of the mother, but also that of the child.

The Law will collide with the Constitutional, but it does not matter. They will get away with it in the Council of Ministers and the PP will not reverse it as usual.