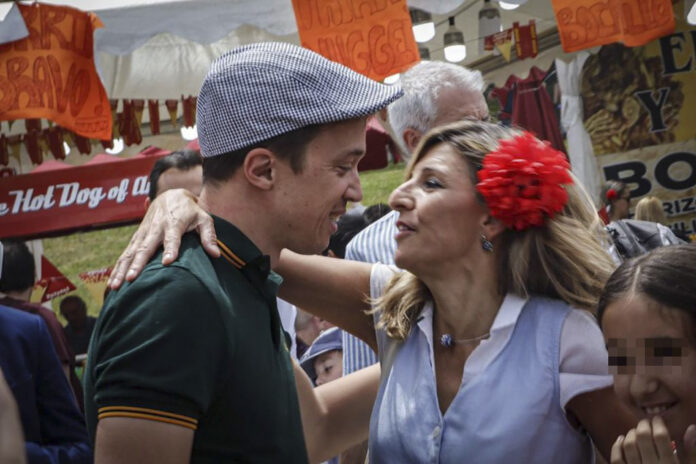 The left in Andalusia has nine weeks to remake a project damaged practically from its conception due to the latest territorial entanglement in which Podemos is involved. The party is in a moment of delicate peripheral health after putting on track electoral failures, splits, lack of mobilization and, now, a historic fiasco by being left out of the Por Andalucía coalition after an “error” that has led Yolanda Díaz to disengage of the alliance, despite having sponsored the candidate, Inmaculada Nieto.

The ruling, admitted coalition sources consulted, can probably be solved thanks to the incorporation of the purple list heads as independents. “Although there are more options,” they remark from within one of the parties involved so as not to close the door to another alternative. The enigma -and the cause of dispute in recent days- is whether Podemos, which legally will not exist in this alliance and as a formation will only appear aesthetically, will have access to the economic resources received by the parties that achieve parliamentary representation. This is an extreme that in no group is clear that it can be achieved, although all express that they work to achieve it.

What is happening in Andalusia is a metaphor that perfectly traces the situation of Podemos in the national outskirts: a group of hornet’s nests that Yolanda Díaz is obliged to inherit but that has a very difficult time fitting into her political plans. In 2022, in fact, three purple delegations have experienced internal earthquakes of all kinds that, to a greater or lesser extent, have affected the future of the future broad front of the second vice president of the Government.

At the end of March, the Canarian deputy Meri Pita joined the Mixed Group of Congress after denouncing the “organizational sclerosis” of the party leadership. She was supported by 11 public officials from the formation in the Canary Islands, a movement that opened the channel to Podemos in the archipelago, a branch that has been disrupted for months after the departure of Alberto Rodríguez when he was sentenced by the Supreme Court. Both seats remain empty, posing a problem for the coalition government’s parliamentary stability.

A couple of weeks before, the mess came from Logroño. There, Podemos made the decision to expel from its ranks its only regional parliamentary representative and Minister of Equality, Raquel Romero, for not donating part of her salary to the party. Five members of her entourage left with her, with the suspicion that, over time, they would all come closer to Yolanda Díaz’s project in this region.

The purple ones also do not rule out this hypothesis to justify the maneuver of Pita and other charges in the Canary Islands, as well as the split of Daniel Ripa and his group of critics in Asturias -they denounced in December that the party leadership had intervened in the regional primaries so that he would win the candidate of the apparatus, Sofía Castañón- or the rupture of Podem in Valencia, which bled to death in September with the departure of eleven management positions after criticizing that the purple project in this territory had no direction.

Precisely, the second vice president of the Government did not participate in the last campaign held, that of Castilla y León, and Podemos suffered the last of its electoral setbacks there: it achieved a single attorney after losing one in three votes compared to 2019 and nine seats since 2015.

The second vice president avoided getting involved in the 13-F and in Podemos they already believe that she is the only figure capable of overcoming an electoral trend in decline since 2015 that has its epicenter in the autonomies, as has been verified in the last steps by ballot box.

In Galicia, Podemos disappeared from the regional Chamber and in the Basque Country it fell to half the number of representatives in 2020. Only in Catalonia does it remain a remarkably prominent force, although under a different brand, that of the commons.

The En Comú Podem totem is, precisely, an important part of the assembly of Díaz’s new proposal. Ada Colau, together with Mónica Oltra and Mónica García, starred with the vice-president in the Other Policies event in Valencia at the end of last year. It was considered the starting signal of the broad front and the group that Díaz would support to structure his plan at the national level without relying too much on Podemos.

But, many things have changed since then: Oltra is close to the imputation and could even leave the Valencian Council; a shadow, that of the investigation, which has also persecuted Colau. And García has made it clear this week that she does not have “the slightest intention” of replicating the Andalusian model in Madrid. For all this, Díaz depends on Podemos right now more than he expected.

This last reflection was outlined this week by Pablo Iglesias himself, who called what happened in Andalusia “shameful” and blamed Díaz for having withdrawn from the project after designating the head of the list.

The relationship between the two has deteriorated and criticism from the former purple leader towards the second vice president has multiplied in recent weeks. However, from the Ministry of Labor they downplay his words and recognize that they do not listen to all the statements of Iglesias.

For its part, from Podemos they emphasize that the former vice president does not speak on behalf of anyone else and contradicts Díaz: Andalusia is the first broad front available to the vice president who, despite the fact that she has not yet confirmed which one will be his degree of participation in the electoral campaign, from the purple ranks they take for granted that he will be involved more than in the contest of Castilla y León. “Sure”, settle the sources consulted.