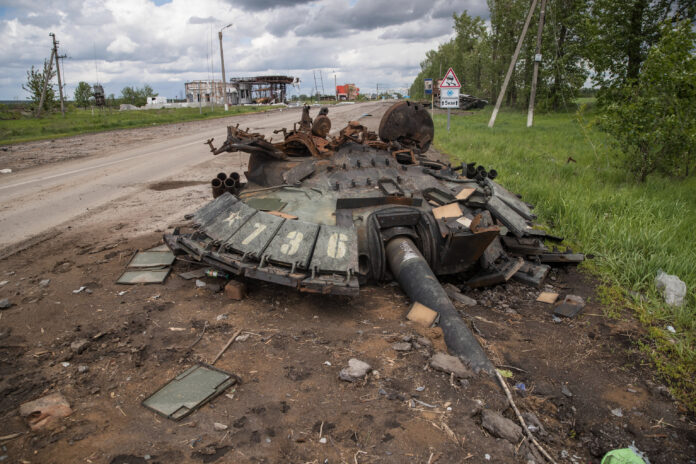 The Kremlin has shown this Thursday “absolutely convinced” of the “liberation” of Donbas and the demilitarization of the surrounding territories in eastern Ukraine, after the surrender of almost all the defenders of the Azovstal steel mill in the port city from Mariupol.

“First of all, the complete liberation of the historical territories awaits Donbas. I am absolutely convinced that the Russian army and the Donetsk and Lugansk people’s militias will restore the historical borders,” said Sergei Kiriyenko, deputy head of the presidential administration. during an act with young talent New Horizons.

Kiriyenko has stressed that Moscow will not settle for that, since it aspires to “demilitarize the surrounding territories so that they stop flying missiles and howitzers on the territory of Donbas.” “The future of Donbas will be decided by its inhabitants. I am sure they will have that chance,” he said. In addition, he has stated that Moscow will achieve the objectives that it set for itself at the start of the “special military operation” on February 24, although he is aware that “today it is not fighting only Ukraine.”

“A unified West fights against us, simply that on Ukrainian territory and with Ukrainian hands. It is a dramatic situation, but it is like that,” he stressed, to which he added that “unprecedented” sanctions and an “incredible information war” by the Western powers.

He has ridiculed Western plans that, after two months of war, the Kremlin would face protests within the country involving millions of people. “The opposite happened. There is a dramatic increase in the consolidation of society and support for the president,” she asserted.

According to Kiriyenko, the current situation is reminiscent of that of 2014 after the annexation of the Ukrainian peninsula of Crimea, only now around the “Donbas consensus”. In announcing his “special military operation”, Russian President Vladimir Putin used the defense of the Russian population in Donbas as an excuse, but since then the Russian army has opened a land corridor in southern Ukraine in order to link Russian territory with Crimea.

In almost three months of military intervention, the Russian army is far from conquering Donbas, although it is about to completely “liberate” Azovstal, a symbol of the Ukrainian resistance in Mariupol. The Russian authorities have passed laws to minimize criticism of the military campaign in Ukraine, which has led to an increase in exile among personalities most critical of the Kremlin.