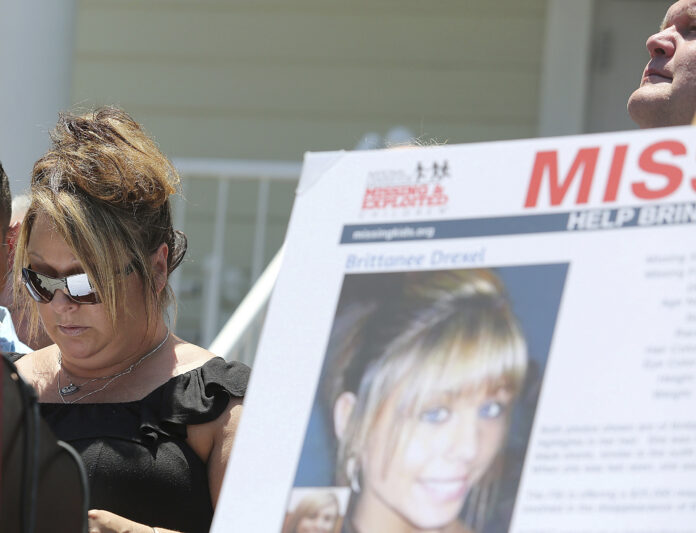 The mortal remains of 17-year-old Brittanee Drexel have been found in Georgetown County, South Carolina, 13 years after she disappeared while visiting Myrtle Beach. The suspect in her death is in custody, authorities said Monday.

Drexel was last seen on April 25, 2009, on Ocean Boulevard in Myrtle Beach and, according to police reports, was on her way to meet friends at another hotel when she disappeared, CNN reported.

Her mother, Dawn Drexel, told CNN at the time that she had banned her daughter from going to Myrtle Beach, a popular high school and college spring break destination. The teenager went anyway, and after her disappearance, her mother traveled to Myrtle Beach to help authorities search for her.

More than a decade later, the teen’s remains were discovered last Wednesday, Georgetown County Police Chief Carter Weaver told reporters. “This is a mother’s nightmare,” Dawn Drexel said at the news conference. “I am in mourning for my beautiful daughter Brittanee, as I have been for 13 years. But today is bittersweet. We are so much closer to the closure and peace that we have been desperately waiting for.”

The investigation led authorities to a site where they believe a 62-year-old man buried his body a day after he disappeared, the police chief said. The suspect is Raymond Douglas Moody of Georgetown, charged with murder, obstruction of justice, kidnapping and criminal sexual conduct in the first degree, according to warrants for his arrest.

Authorities say Moody kidnapped and strangled the teen the same day she disappeared. “Today marks the beginning of a new chapter. Brittanee’s search is now Brittanee’s search for justice,” Dawn Drexel said. Moody remains in custody. . It is unknown if she has an attorney and CNN was unable to contact her family members.