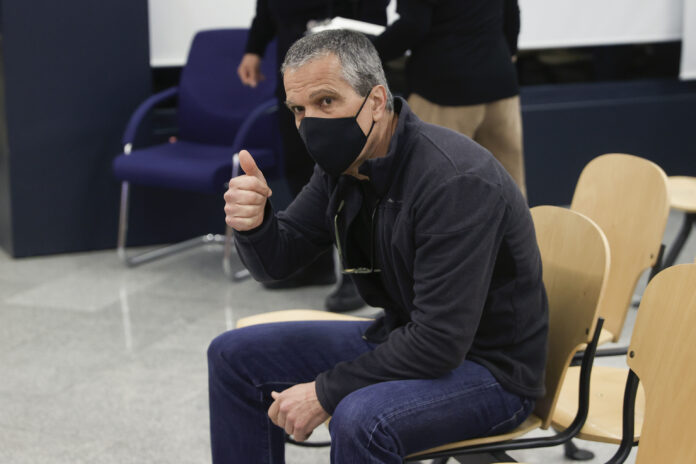 The Dignity and Justice association considers that the Government, through the State Attorney’s Office, has not done everything it could in Strasbourg to prevent a sentence such as the Atristain case, which has opened the door to the release or acquittal of other terrorists.

Specifically, the association chaired by Daniel Portero maintains that the Legal Profession did not use judgments from the European Court of Human Rights (ECHR) itself in the case that would have served to ratify the correct action of the Spanish Justice. «These sentences make up a jurisprudence that, in our opinion, should have been used before Strasbourg. He would have put on the table very solid arguments to avoid the sentence. It is very worrying that the State Attorney has not put all the meat on the grill, “said Portero yesterday. “The consequences of this possible neglect of functions can be catastrophic for the victims of terrorism,” he added, the day after the National Court, applying the Atristain doctrine, acquitted ETA member Juan Carlos Iglesias Chouzas, Gaddafi, of a murder charge.

Specifically, from the association they provide three Strasbourg resolutions “that the State Attorney’s Office could have used and that it has not used, in light of the arguments that Strasbourg uses in its sentence, where it cites another older jurisprudence.” The association emphasizes that these sentences indicate that “the questioning without a lawyer during the preliminary stage of the process did not deprive the plaintiff of the opportunity to defend himself later during the pre-trial investigation and trial.”

Asked about the specific use -or lack of use- of these sentences, the Ministry of Justice responded yesterday that what European jurisprudence says “is that the specificities of each case must be assessed” to verify if there was a violation of rights. “And that is what the ECHR did, concluding that, in this specific case, due to its specific circumstances, there was a violation.”

Before Gaddafi, the ETA member Gorka Palacios had been acquitted, also with the new doctrine. That sentence has not reached the Supreme Court, but another conviction has: the former head of ETA Iratxe Sorzabal used the Atristain doctrine in her trial and was convicted. In her appeal she returns on her.

In any case, the resolution in which it is foreseeable that the Supreme Court interprets how the criterion of the ECHR should be applied is in the case of Atristain himself. The ETA member – his conviction as such still persists – has filed an appeal for review, the only way to revoke a firm conviction.

At the moment, the ETA member awaits release, agreed by the National High Court in light of the Strasbourg sentence and the forecast that the only sentence that weighs on him – 17 years for belonging to the gang and possession of explosives – will be revoked.

From the Ministry of Justice it is stated that the Legal Profession has acted “with all solvency”, doing “what had to be done”, adding that it is a judicial matter, not a political one. “The ball is in the court of Justice,” says the ministry.

The concern of Dignity and Justice is added to that of the Association of Victims of Terrorism (AVT), which after the Strasbourg decision met with the Secretary of State for Justice, Antonio Rodríguez, to discuss the consequences of the resolution and verify what steps the legal profession was going to take. Specifically, if he was going to appeal the sentence so that it could be reviewed by the Grand Chamber of the ECHR. The appeal was filed, but on Monday it was inadmissible and the sentence is now final.

The Secretary of State, with reports from the Legal Profession, explained to the president of the AVT that the Atristain case “cannot be extrapolated” and that he does not question the incommunicado regime as such, but rather the need to justify it in each case in a concrete way. .

For its part, Covite wanted to play down the relevance of the case, stating that “the only procedure” to benefit from the sentence is “by means of an appeal for review before the Supreme Court.” The president of the victims’ group, Consuelo Ordóñez, showed her total confidence that “these resources will not prosper.”