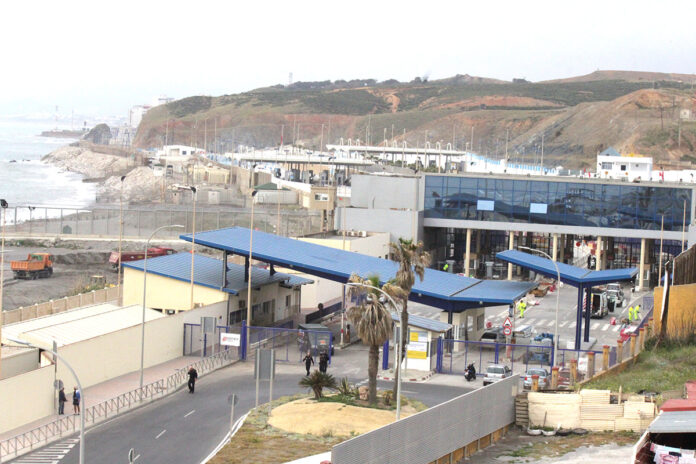 The doors of the borders with Morocco at the Beni Enzar (Melilla) and Tarajal (Ceuta) crossings will open again next Tuesday after two years closed due to the pandemic, first, and later due to diplomatic tension with Spain.

The reopening is massive – it is expected to exceed the traffic of 30,000 people that was registered daily before the closure – and has confronted the border guards with the Ministry of the Interior, who criticize their inability to empathize with the situation they are dragging.

The agents maintain that the reopening occurs with the same shortcomings and “lack” of reception by the Executive in the face of the different realities that are concentrated in the border crossings and that range from the resolution of disagreements with citizens, attempts to pressure from the Moroccan police to the review of documents through the registration of vehicles.

The new stage of collaboration between Spain and Morocco after Pedro Sánchez yielded on the autonomy of the Sahara has made it possible to return to normality, true, but the demands that were pending before its closure in March 2020 still survive: the lack of agents of the National Police and the Civil Guard to deal with surveillance and control. The discontent is enormous.

The Interior announcement on the expansion of the templates has unleashed a storm in the Police and the Civil Guard. Anticipating a convulsive reopening, the Government has sent a hundred National Police officers (anti-riot) on a provisional basis.

Border officers consider it a patch. They insist that in order to put an end to the anarchy detected on both borders, there must be specialization and more police and Civil Guard agents assigned exclusively. They also warn of the situation of “lack of control” that exists.

«The border of Melilla and Ceuta with Morocco has been a sieve because everything is allowed. The lack of agents means that we cannot thoroughly check documents, passports and merchandise. We are not enough to control the volume of work there is, “warns one of the agents who monitors the Melilla border.

“Personnel who know about documentation and immigration are needed to be able to do a fairly serious job,” says another of the Ceuta officers consulted. In this disaster drawer that they denounce, there is also room for the impossibility of controlling the entry into Spain of unaccompanied minors. Many of them, they say, camouflage themselves in cars and, they emphasize, “far from it” the troops at the posts can search all the vehicles.

Before the closure, seven national police officers and four civil guards were counted at each border for a massive daily flow. The border agents also control the porters: the people who, daily, enter Spain to bring to Morocco products purchased in one of the two autonomous cities that take advantage of the lack of fiscal control of the border crossing to avoid Moroccan import tariffs. .

The agents also detail the arbitrariness that was experienced on the border by the Moroccan police. “They asked us to show deference to some of the people who wanted to enter because they were relatives of theirs or there were days when, for example, they did not let porters carrying textiles from China through for no apparent reason.”

Finally, they assure that they are the target of attacks by citizens who are asked to review their documentation. “They throw bottles or stones at us. That happens almost daily.”