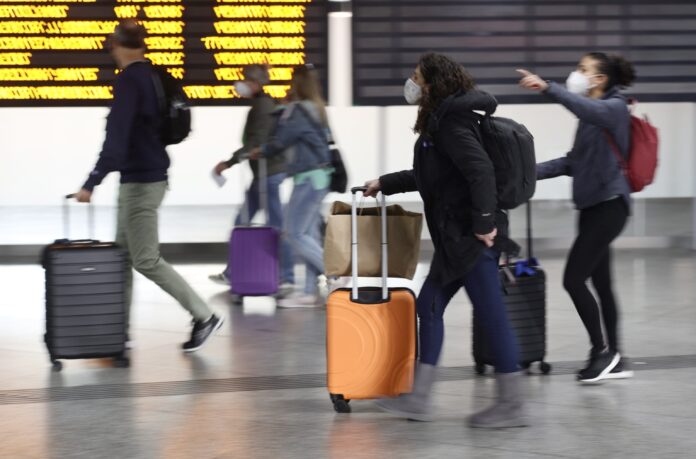 The inhabitants of Catalonia, Madrid and Andalusia are the ones who have moved the most during the first four months of the year and, therefore, the ones who have spent the most money both inside and outside their places of residence. The Catalans and Andalusians consumed mainly in their respective communities, while the people of Madrid distributed their profits outside the capital. These are some of the conclusions of the latest BBVA Research report “Analysis of national tourist flows in real time”.

Tourism has been one of the sectors most affected by the Covid pandemic. Mobility restrictions as a preventive measure in the face of the high number of infections caused a precipitous drop in the number of national and foreign tourists in our country and, consequently, also in consumption in the last two years. The improvement in the health situation so far this year has led to higher tourist spending, which is 7 percentage points above the levels reached in 2019. Although this increase is mainly due to the foreign peso, national spending has experienced a strong rise in the last month, coinciding with Easter. In total, Spaniards spent 27% more in April than during the same period in 2019. A recovery that benefited all the autonomous communities, with special importance in the Canary Islands, Castilla-La Mancha, Andalusia, the Valencian Community, Murcia and Aragón, where spending exceeded the levels reached in the last year before the pandemic by more than 40 percentage points.

The accumulated data on BBVA credit card spending shows that Catalonia was the favorite destination for Catalan tourists during the first quarter of 2022, where they spent 10% of their spending, although they also traveled to Madrid, the Basque Country and Andalusia where they distributed 2.56%, 1.83% and 1.32% of their profits respectively.

Catalonia was also the most frequent destination for tourist spending by people from Madrid outside the central region. The people of Madrid, unlike the Catalans, preferred to leave their place of residence and move around the rest of the national territory. Andalusia, the two Castillas and the Basque Country were the main destinations of the although a high percentage of their spending was also recorded in the Valencian Community and Galicia, among others. Despite the displacements outside the community, the capital was one of the great beneficiaries of national tourist spending and it was the Catalans and the Castilian from La Mancha who spent the most money in the region.

Andalusia was the third autonomous community to receive and issue the highest tourist spending between January and April 2022. Most of the spending in the region comes from the Andalusian tourists themselves who traveled within the autonomy investing 5.58% of their card spending.

Despite the fact that many of the Spanish tourists traveled within the country, abroad also became one of the destinations most frequented by Spanish tourists in the last four months, as reflected in the data. It was mainly the inhabitants of Catalonia and Madrid who spent the most money abroad: 3.55% and 2.1%. Although travelers from Andalusia and the Valencian Community also stood out among those who consumed the most outside of Spain.

The recovery in consumption in April points to greater dynamism in spending by Spaniards outside their autonomous community of residence compared to pre-pandemic levels. The good weather and the celebration of Holy Week boosted spending and all the autonomous communities have improved the results obtained in 2019, all except the Balearic Islands, which have not recovered. During the course of the holidays, residents of the most populated regions such as Madrid and Catalonia and those from Castilla-La Mancha and Extremadura had greater mobility than the rest of the country. On the contrary, Asturians, Murcians and Cantabrians barely moved outside their places of residence.

The banking entity is optimistic and points out in the study that the improvement that tourism has experienced in our country during the last month, which translates into a significant increase in the number of travelers and an increase in consumption, could indicate the recovery of the sector in the coming months. This is reflected in the latest data on non-face-to-face card spending in travel and accommodation agencies, considered an early indicator of tourist reservations.