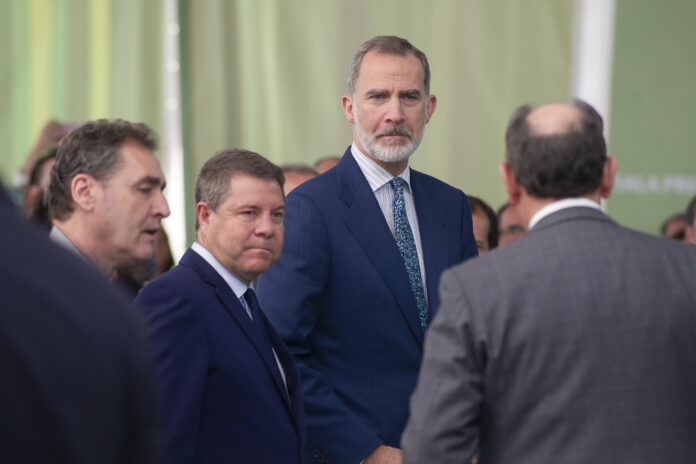 The so-called Monarchy or Republic State Popular Consultation Platform is organizing this unofficial vote on what the country’s head of state model should be, for which it estimates to deploy approximately 700 ballot boxes. The group has the support, according to its website, of Podemos, IU, the PCE and anti-capitalists, in addition to other citizen and union organizations.

Precisely IU has called its militancy, and citizens in general, to participate in this consultation, since as democrats they defend that society can choose its model of State and has claimed the need for a republican project.

In contrast, Vox has already advanced the presentation of appeals in all the municipalities in which it has representation to prohibit its celebration, understanding that it is “manifestly illegal”.

In turn, the PP of Madrid has warned that it will take the necessary actions against the transfer of public spaces in some municipalities of the Community of Madrid for this consultation, which it also calls “illegal”. The platform thus resumes the citizen call to express their position on the Head of State model, which they already planned in May 2020 but had to postpone due to the coronavirus pandemic.

What’s more, they have celebrated that their initial forecast of deploying 500 voting points has overflowed to anticipate exceeding 700 tables. Specifically, they plan to deploy 138 in Andalusia, 101 in Madrid and 56 in the Valencian Community, which will also be extended outside the country with tables in Argentina, Uruguay, France, Luxembourg or the United Kingdom.

The objective, as explained by the spokespersons for the collective José Manuel García and Elena Torres, is to make the “republican or monarchical sense of citizenship” visible.

Voting hours will be from 10 a.m. to 3 p.m., extendable until 7 p.m., and statistical information will be collected without personal data from the participants, who will be asked to voluntarily give their zip code, age and gender. No more data will be requested as it is prevented by the Data Protection Law.

Starting at 8:00 p.m. on Saturday, the participation data will begin to be uploaded into a digital tool by those responsible for the tables. In order to carry out a more reliable count, the information will be uploaded by a person in charge who is provided with an access code to the platform, who must also send the level of participation by email on Sunday, with the endorsement of the signature of two table members.

The group’s co-spokesperson indicated that the majority of the current population could not vote for the Spanish Constitution, which configures Spain as a parliamentary monarchy, and that those who did vote were “stolen” from the debate on the model of the State during the transition .

Therefore, and although they are aware that this consultation is not binding, the platform understands that citizens have the right to freely express their opinion on the form of leadership of the country, through a “democratic act” such as a vote. “We would like the greatest possible participation,” they stressed.