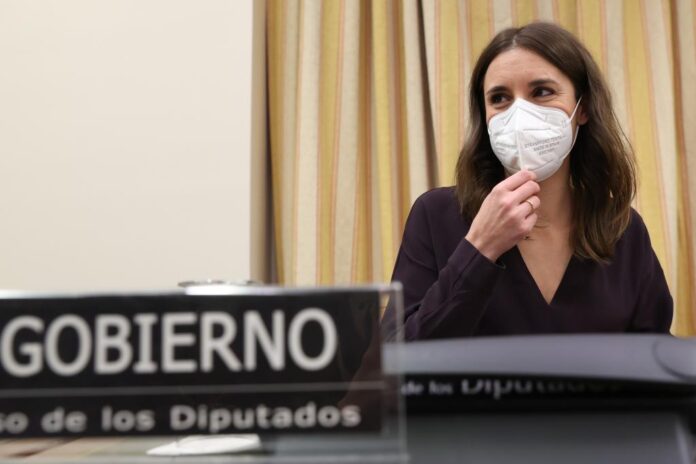 Voluntary interruption of pregnancy for girls aged 16 and 17 without the obligation to have parental permission, guaranteed abortions in public health, sick leave due to painful rules or pre-partum sick leave from the 39th week of pregnancy. These are some of the main novelties brought by the bill promoted by the Ministry of Equality of Irene Montero that reforms the abortion law. A rule that is broader because, in addition, it regulates new rights and obligations related to sexual and reproductive health. The text passes this Tuesday for the first time by the Council of Ministers without two issues that were in the draft but that have finally been rejected by other ministries and will not be part of the text: the reduction of VAT for feminine hygiene products (tampons, pads…) and criminal prosecution for people who resort to surrogacy outside of Spain. These are the points keys to a blueprint:

The main novelty is that women between the ages of 16 and 17 will be able to voluntarily interrupt their pregnancy without the need for any parental permission. Therefore, what was established in the law of deadlines approved by Zapatero in 2010 and that Rajoy changed in 2015 only at this point to require parental authorization from minors is recovered. The three mandatory days of reflection are eliminated since a woman asks for an abortion to confirm your decision. The envelope with information will only be given to women who request it. Those who interrupt their pregnancy will have the right to a period of sick leave and the provision of comprehensive and specialized assistance and accompaniment in cases of pregnancy interruption will be incorporated. will distribute the morning-after pill free of charge and in sexual and reproductive health service centers. Now you have to go to a pharmacy and it costs 20 euros.

The law shields access to abortion in public health, in all hospitals and near the home. The objective is to prevent a woman from having to travel up to hundreds of kilometers to go to other provinces or autonomous communities. In the last five years there are up to 12 provinces where not a single voluntary interruption of pregnancy has been reported. Conscientious objection is guaranteed as an individual right of medical personnel but there will be a registry, in the same way as in the euthanasia law , to ensure that hospital staff are always available to perform abortions. The objectors will be able to continue without carrying out these interventions, whether from public or private health.

The law regulates for the first time in a European country the right of a woman who suffers very painful rules to take sick leave. It will be included in the catalog of causes that generate temporary disability. It will be fully financed from the first day by the State, and not by the company. In addition, the worker will not be required to have any minimum number of days contributing to Social Security to access this leave, as is the case in other causes. This menstrual leave, often related to illness, will be ruled by a doctor and will not have a maximum duration of days (at first there was talk of three) of the Budgets by decision of the Treasury. To combat “menstrual poverty” products will be distributed free of charge in institutes, prisons, women’s centers, civic centers, social centers or public organizations.

A prepartum leave is created from the 39th week of pregnancy, which will not consume any day of maternity leave. The Ministry’s proposal was from week 36.

Good practices will be promoted in all stages of pregnancy, especially in childbirth and postpartum.

The latest generation contraceptive pills will once again be covered by Social Security. The rule will promote male contraception methods.

It is stipulated that surrogacy, colloquially called surrogacy, is a form of violence against women. Currently it is already considered a legal activity in Spain but now, with this consideration, the advertising of this activity that is allowed in other countries will be prohibited.

Equality wanted the parents of children born by surrogacy to be persecuted with prison sentences, even though they had done so in countries where this practice is legal. Finally, the Ministry of Justice has knocked down this proposal and it has been excluded.

Forced sterilization for women with disabilities and forced pregnancies and abortions are considered violence against women.

Sex education will be comprehensive in the main educational stages with a focus on consent and good treatment.

Training in sexual and menstrual education for teachers, prison officials and public workers.