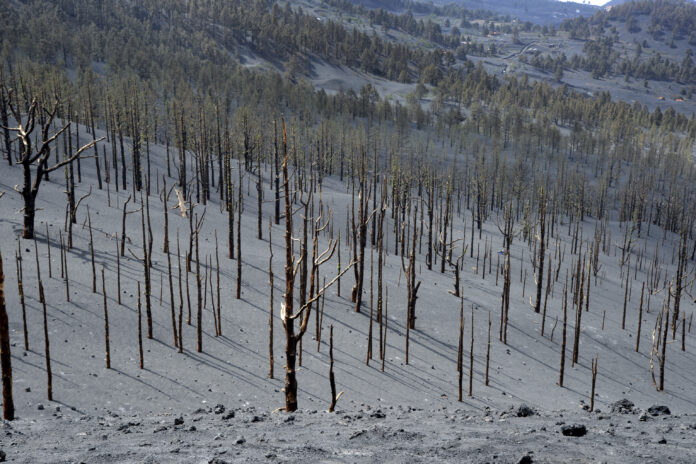 The Platform Association of People Affected by the Cumbre Vieja Volcano, on the island of La Palma, has asked the president of the Canary Islands, Ángel Víctor Torres, where the aid of 30,000 euros promised in the mixed commission for reconstruction, recovery and support to the island prior to the Conference of Presidents, held in Los Llanos de Aridane on the weekend of March 12 and 13, 2022.

In this sense, they remind Torres that on March 12, after the meeting of the mixed commission held at Casa Salazar in Santa Cruz de La Palma, they indicate that the president of the Canary Islands, in a subsequent press appearance, exposed the “impulse of the administrations to support the affected families, given that the Autonomous Government will contribute an additional 30,000 euros for those who have lost a home, a figure that is complemented by the Palma Cabildo with another 10,000 euros which, together with the 60,000 from the central government, bring the total to 100,000 , much higher than the 15,000 originally planned”.

However, the platform points out in a statement, after more than two months “that aid of 30,000 euros from the Government of the Canary Islands is a mere wish and is not a reality, since it has not been published in the Official Gazette of the Canary Islands and neither is it knows what the criteria and requirements are for it”.

To this, they add that the 10,000-euro aid from the Government of the Canary Islands “has not been paid to all” those affected, but “only” to those who have been given social housing on a lease basis.

As for the people who lost their first home or habitual residence, which they set at almost 600, they indicate that “only” a home has been given to them under a lease “a hundred, that is, 20% of those affected “, for which they affirm that there are still “more than 400 affected to whom the Government of the Canary Islands, seven months later, has not given a housing solution”.

Finally, they criticize that currently “neither” has the rental aid been paid to those affected who have opted for the rental regime, while the “necessary” state decree law to expropriate the land affected by the floods and the corresponding compensation to the owners with an appraisal value as of September 18, 2021, which has been prepared by the College of Notaries, has not started its processing in the Congress of Deputies “nor has it received the support of the Government of the Canary Islands or the Government of Spain”.

They have also stressed that the law of the rights of those affected presented by the Platform of affected in the Parliament of the Canary Islands “is still not processed as a bill” as well as the statutes of the Consortium for the reconstruction of La Palma.

Lastly, they conclude that currently “the technical, legal and economic reasons for