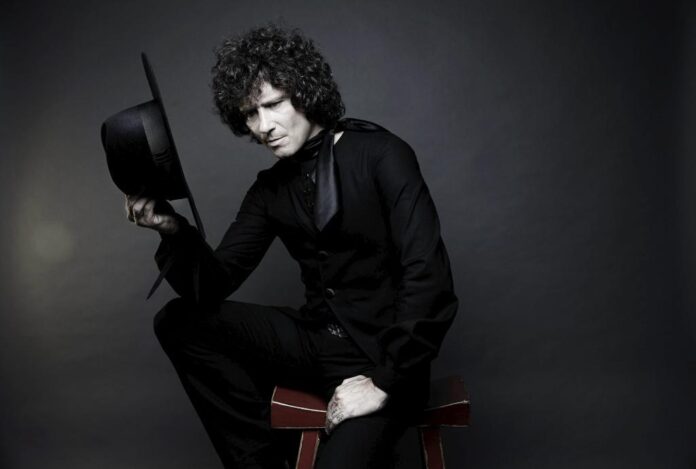 The singer from Zaragoza Enrique Bunbury, who last February announced that he was retiring from the stage due to throat problems, has announced this Sunday that he is suspending the farewell tour that was going to take him to perform in 20 concerts in the United States and in Spain .

In the official note released this Sunday, Bunbury points out that “when we announced the concerts of The Last Tour two months ago, we wanted to fulfill the commitments previously made, both in the United States and in Spain.”

He explains that, given the circumstances, they tried to “reduce both the tour of the USA and that of Spain, while leaving as much time as possible between concerts to ensure, as much as possible, that the voice could respond”.

He adds that “a few days ago we began the first of the shows on this farewell tour in New York, continuing in Atalanta. Both were two fabulous concerts, both for the public and for us, I think I can say with some pride.”

And he continues: “Unfortunately today, in Chicago, one day before the celebration of the show in Rosemont, we have to announce that we will not be able to continue with the tour. My problems with the throat and breathing increased and returned last night with sharpness and what I thought was going to be controlled, was totally out of my hands and desires.”

Bunbury concludes that “at this point, we do not consider any more cancellations, nor postpone any more concerts”.

And he announces that, “with all the pain in my heart, I have to anticipate what I already saw imminent. It is impossible for me to do more concerts. I understand that many of you bought the tickets, for an American tour that was sold out and a Spanish tour that was pointing to the same”.

He tells his followers that “you can return the tickets where you bought them. I hope for your understanding at this painful moment for me and for my entire team.”

The singer from Zaragoza had concerts pending in Chicago, Houston, El Paso, San Diego, Los Angeles, San Francisco, Las Vegas and Anaheim, where he said goodbye to the United States on June 6.

Bunbury was going to sing in the Aragonese capital to say goodbye to his fans as part of the Vive Latino festival, which will bring together top-level groups and soloists in Zaragoza at the beginning of September. Her performance was announced for September 3.

Last February, Bunbury announced that he had made the decision, “very thoughtful and conscious”, to abandon his interpretive activity, in concerts and tours.

It indicated that “the concerts that remain pending between now and September 2022 in the United States and Spain will be the last ones that I perform.”

As explained by the former leader and founder of the Aragonese group Héroes del Silencio, everything was due to health problems located in his throat: “For a few years, I have been dragging a malaise that has cost me a lot to locate and understand. Possibly, since the tour of Mutations in 15-16 and especially in Expectations, in the almost two and a half years that the tour lasted, between 17-19 “.

He added that “the break in international tours, on the 20th and 21st, made me think that perhaps my illness had faded and the desire to meet again with the public, technicians and musicians on stage was a much more powerful force”.

He pointed out that what had happened to him on the Mexican tour “corroborates the opposite and confirms and advances a decision that he knew was close.”

However, Bunbury left the door open to continue offering his art to his followers.

And he indicated that “endless possibilities open up before me, in which the creative, that is, composing songs, recording albums, painting and writing poetry books, are part of my objectives. I am old enough to make this important change in my life and the support of my family and management”.

However, his artistic consecration came as the vocalist and leader of Héroes del Silencio, a highly successful musical group and considered by many to be one of the best rock bands in Spanish.

After the breakup of the group in 1996, Bunbury began his solo career, consolidating himself as an important figure in the Spanish and Latin American music scene.

Bunbury’s solo career has been very different in terms of musical sound, maintaining the essence of rock, experiencing various rhythms from electronic music and Arabic music in the early days, through cabaret music, rancheras, blues, flamenco and tangos, even salsa, milongas, boleros and cumbias in one of his latest works where he pays tribute to Latin America.

In the list of “The 250 best Ibero-American rock albums” of the American magazine Al Borde appear his albums Flamingos, Pequeño and Radical Sonora, in addition to his four studio albums with Héroes del Silencio: Senderos de treason, Avalancha, El Espíritu del wine and the sea does not stop.