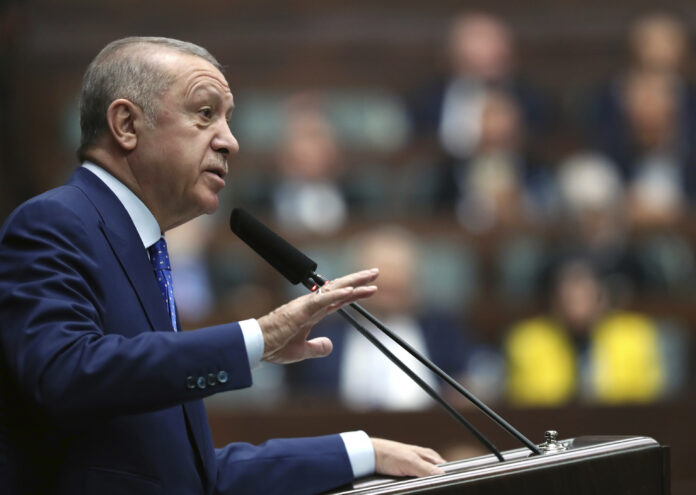 During the past week the protagonists were the words, but today they have been the acts. This Wednesday, early in the morning, the ambassadors of Sweden and Finland, Klaus Korhonen and Axel Wernhoff, hand-delivered to the Secretary General of NATO, Jens Stoltenberg, official letters in which their countries inform of their willingness to join the Alliance. The former Norwegian prime minister received them with joy, with a “warm welcome”, pointing out that it was “a good day, at a critical moment for our security” and that “the requests are a historic step”. Shortly after, however, Turkey made it clear that it had not been mere noise, theater, officially blocking the first step for the start of accession talks, according to Alliance sources.

Stoltenberg told the media earlier in the day that “Allies will now consider the next steps on their way to NATO. Everyone’s security interests must be taken into account and we are determined to work through all issues and reach quick conclusions.” However, very shortly afterwards, the Turkish ambassador made it clear at the North Atlantic Council meeting that these “problems and interests” are far from resolved. Ankara said no and therefore the diplomats could not give the green light to the process, which remains up in the air.

The Turkish position is no mystery. Today Recep Tayyip Erdogan has verbalized it before the Parliament of his country. “The expansion of NATO only makes sense for us if our sensitivities are respected, and we are very sensitive to terrorist attacks on our borders (…) They do not give us to the terrorists but they want to enter the Alliance? NATO is an entity for security, so we cannot say yes to something that deprives that security,” the Turkish president said in remarks collected by Reuters.

Ankara demands from Stockholm and Helsinki the delivery of up to 33 individuals, residents there and linked to the Kurdish Workers’ Party (PKK), as well as followers of Fethullah Gulen, whom Erdogan blames for the strange ‘coup d’état’ of 2016. And Taking advantage of his position of strength, he is going to press to achieve what he has not been able to achieve for years.

The Alliance wanted the first steps of this enlargement to be quick, to send a message of unity, to show strength before Moscow but also because right now both countries are in a more vulnerable position, having angered the Kremlin but not being covered by the umbrella of the Alliance and collective defense. NATO hoped to be able to solve the first procedures in one or two weeks, but if the diplomatic pressure of the United States does not manage to unblock the issue, that horizon is considered impossible. “Each nation has the right to choose its own path. Both of you have made your choice after thorough democratic processes. You are our closest partners and your membership in NATO would increase our shared security,” Stoltenberg said this morning.

For a candidate to be accepted, unanimity is necessary, that the 30 allies ratify the process. But this unanimity is also necessary for the first step, because unlike what happens in the European Union, it is the organization that invites potential partners and not these who request membership by filling out an ‘application’. And Turkey does not even allow that initial phase that opens the talks.

Erdogan has also criticized his partners, whom he accuses of not sympathizing or respecting these “sensitivities” or helping in what he defines as “anti-terrorist” struggles. There are Alliance defenses in Turkey, but the country’s position is more than delicate. It was not long ago with an open clash with France. And with the constant friction it has with Greece, which last week required all diplomatic tact for airspace violations. Not to mention the Cyprus issue.

Tomorrow, Finnish President Sauli Niinisto and Swedish Prime Minister Magdalena Andersson will be in Washington to meet with President Joe Biden and discuss how to overcome the Turkish blockade or veto. And today the Turkish Foreign Minister, Mevlüt Çavuolu, will meet with the Secretary of State, Antony Blinken, in New York, so that the White House has both versions and visions hand in hand. Next month they will all meet in person in Madrid, at a summit whose importance grows every week.

The press closest to Erdogan has published these days the lists of those claimed by Ankara as well as all the demands, reports the Financial Times. Among them “limiting the contacts and financing of the PKK and its affiliate in Syria, as well as a crackdown on the Stockholm-based media linked to Gulen”, something that the Swedish government has rejected on numerous occasions.