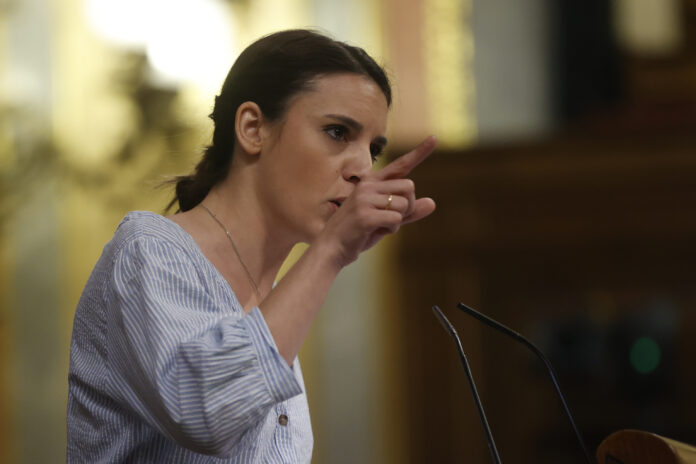 The Council of Ministers will approve this Tuesday the reform of the Abortion Law without complying with something that is in the government coalition agreement between the PSOE and United We Can: the super-reduced VAT for menstrual hygiene products.

Among the barrage of commitments that Pedro Sánchez and Pablo Iglesias signed in 2019 to be able to govern Spain included the reduction of the current 10% VAT on pads, tampons and menstrual cups to the super-reduced 4%, the tax percentage that some essential products have.

However, after many discussions between the Ministry of Equality and the Ministry of Finance, the law where this tax reduction was originally going to be included will be approved without the aforementioned promise.

“The Ministry of Finance has not wanted it to go into this law, but we will negotiate it again in the General State Budgets.” Irene Montero, Minister of Equality and responsible for bringing the new legislation on the voluntary interruption of pregnancy to the Council, said this Monday.

In statements to Ser, Montero was very forceful: “With the extra cost of the works on the M-30, 69 years of a super-reduced VAT reduction on menstrual hygiene products would have been paid.” And he estimated the cost of this super reduction that, at least for now, will not reach the market at 30 million euros.

The relevance of a hypothetical reduction to 4% of VAT gives an idea of ​​data provided yesterday by the Minister of Equality: 22% of women cannot choose this type of menstrual hygiene product because they cannot pay for it.

For the Minister of Equality, this reduction “is one of the musts, one of the issues that remain pending.” Even so, Irene Montero maintains that the abortion law “takes many steps” to make it “easier” to achieve super-reduced VAT for these products, “either in the Budgets that are coming or in the coming months”, because the rule includes the right of women to have these products distributed free of charge in educational centers or prisons.

The Abortion Law will include sick leave for incapacitating menstrual pain and paid prenatal leave from the 39th week of pregnancy. These are two measures that also generated tension between the two government partners, but which have finally fallen on the side of Equality, although the initial drafts established that permission as of week 36. “In the Government’s negotiation we have left it in week 39”, Irene Montero said yesterday.

Leave due to incapacitating menstrual pain will be enabled through a special temporary disability, will not require a minimum contribution period, will be assumed by the State from the first moment, and will not have a limitation of days.

Faced with criticism that this low “stigmatizes” women, Irene Montero believes that “the stigmatizing thing is that women have to live their menstrual health from solitude, without being able to talk about it.”

As to whether the measure could cause resistance among employers to hire women, the minister affirms that the cost of the leave will be assumed by the State and warns: “Not hiring for this would be discriminating against women.”

The Abortion Law recovers one of the measures of the legislation of Bibiana Aído, who was minister of José Luis Rodríguez Zapatero, and that the subsequent Government of Mariano Rajoy eliminated: women of 16 and 17 years of age will be able to interrupt their pregnancy without the need for parental permission.

The law guarantees that women can have an abortion in the public center closest to their home, something that is currently a minority, since the vast majority of abortions take place in private clinics or in concert with the public health system.

The law that will be approved in the Council of Ministers regulates the conscientious objection of doctors, which, according to Montero, will be compatible with the fact that in all public hospitals there will be health personnel who can perform voluntary abortions through the two methods, surgical and pharmacological.