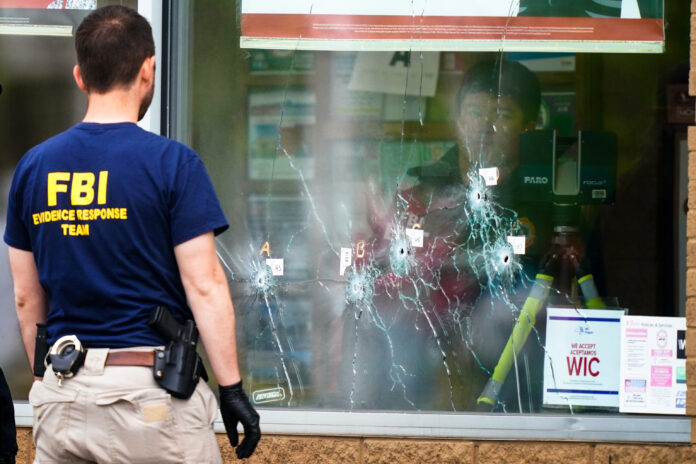 The massacre in a Buffalo supermarket, with a balance of 10 dead, is the umpteenth confirmation of the addiction of American society to firearms in all its forms. Despite the magnitude of the tragedy, it was far from the only violent incident of a weekend marked by shootings from coast to coast in the country.

In Orange County, California, a man opened fire during a midday reception at a Presbyterian church frequented by the Taiwanese community. He killed one person and injured five others, all of them elderly, before a pastor hit him in the head with a chair and a group of parishioners managed to subdue him and tie him up with cables. Four of the five injured are in serious condition.

In Houston, a shooting at an outdoor market left two dead and three injured, all of them hospitalized, after an altercation with at least two weapons. The exchange of shots took place at 1 in the afternoon, between young people in their 20s, with the fair full of people. Also in Chicago, a 16-year-old boy was shot dead, prompting authorities in the largest Illinois city to enact a curfew for unaccompanied minors. According to police, the victim was shot in the chest around 7:30 p.m. Saturday.

Milwaukee also opted to impose a curfew after recording 21 injuries in three shootings on Friday night, which led to the cancellation of the party around Game 7 of the series between the Boston Celtics and the Milwaukee Bucks of the NBA.

The chain of incidents brings the number of “mass shootings” to 202 so far in 2022, with a weekly average of 10. According to the independent organization that has been keeping track for years, Gun Violence Archive, at least four or more people must be involved in such violent acts to be considered as such.

The one in Buffalo on Saturday, at the moment, is the most serious recorded in 2022. An 18-year-old man, identified as Payton Gendron, entered a supermarket in a neighborhood with a high concentration of African Americans and killed a dozen people. , in addition to injuring three others. While the police continue the investigation into the motivations of the attacker, digital platforms are having serious problems controlling the spread of the video that the shooter recorded during the massacre.

Gendron had a camera attached to the military helmet he wore to broadcast live the execution of his macabre plan. He turned to Twitch, an Amazon-owned streaming service that’s hugely popular with gamers. Since then, the video has circulated endlessly on Facebook, Twitter and Reddit, and although those responsible for these social networks have prohibited the recording, they have not been able to prevent many copies from circulating.

Part of Gendron’s intention was to spread his message of hatred towards other races, linked to the ideology of white supremacy and the “Great Substitution” theory about an alleged white genocide carried out by immigrants residing in the United States. It is also known that the detainee, who traveled more than 300 kilometers to commit the murders, had planned to continue killing after leaving the Tops supermarket in Buffalo, perhaps entering another nearby store in a neighborhood with a 78% black population.