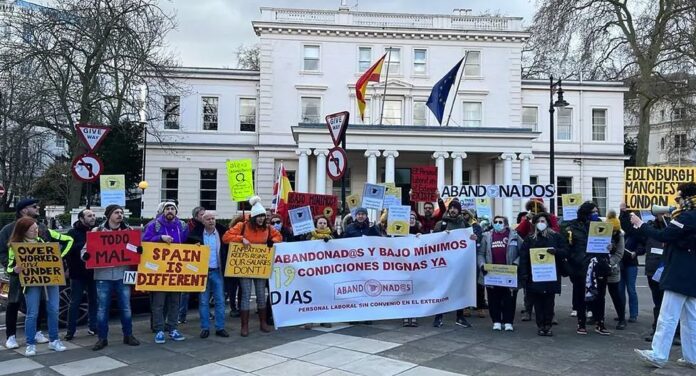 The labor staff of the Representation before NATO has threatened to join the mobilizations of colleagues in other Spanish diplomatic missions in other countries, mainly those of the United Kingdom, to demand a salary increase since they have not received any increase since 2009.

In a statement, they have expressed their solidarity with the labor staff of the Foreign Offices in the United Kingdom, who held a 45-day strike and who are still holding their protests to demand, among other things, a salary increase and who denounce the precariousness of its situation as a result of Brexit.

Likewise, they denounce that the freezing of salaries “has meant a loss of purchasing power of around 30%, the continuous breach of Belgian law” in labor matters that should be applied to them, “the breach of the right to professional promotion” or “the exclusion of the right of social action from which the rest of the public employees of the Spanish Administration benefit”.

Having said this, although they assure that they will continue “working in the best way possible”, they warn that “if conditions do not improve despite the good words of the unions and the Ministry” they will not hesitate to join “the mobilizations that the comrades of United Kingdom and that have been supporting the workforce of other countries such as Germany or the Netherlands”.

And this despite, as they recall, “the very important event that is the next NATO summit in Madrid”, which will be held on June 29 and 30.