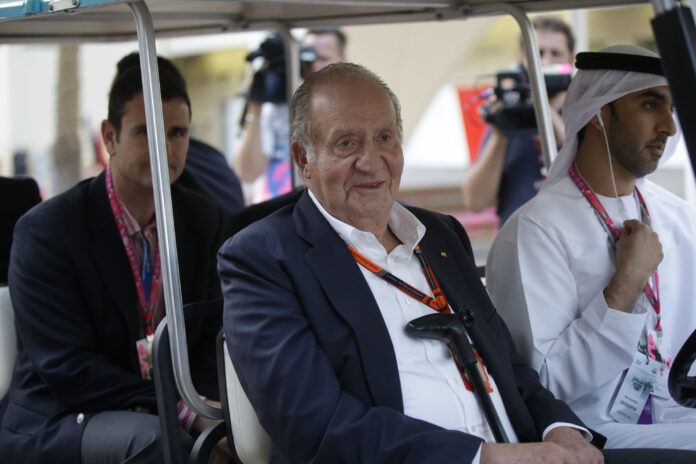 “Not concurring indications that allow directing criminal reproach against his majesty Don Juan Carlos de Borbón y Borbón, it is appropriate to agree to file the investigative proceedings.” With this affirmation, the judicial ordeal of the monarch Emeritus ended on March 2. The Supreme Court Prosecutor’s Office decreed the dismissal of his pre-trial investigation into the foreign assets of the man who was head of state for 40 years.

It all started when Don Juan Carlos’s former close friend, Corinna Larsen, told the commissioner José Manuel Villarejo and the former president of Telefónica, Juan Villalonga, about the hidden business of the King. That indiscreet confession led the Anti-Corruption Prosecutor’s Office to open investigation proceedings in December 2018 for a crime of corruption in business for the alleged commissions charged by the pharaonic work of the AVE to Mecca.

From there, two alerts from the Spanish financial intelligence, from the Money Laundering Prevention Service (Sepblac), put the monarch on the ropes for the gifts received from the Mexican billionaire Allen Sanginés-Krause and for the trust The JRM 2004, articulated through two other opaque financial structures created by the former close friend of the monarch, businessman Manuel Prado and Colón de Carvajal.

In December 2020, Don Juan Carlos, defended by the lawyer Javier Sánchez-Junco, took the Prosecutor’s Office on the wrong foot when he regularized 678,393 euros before the Tax Agency for the donations received from Sanginés-Krause. The King thus avoided being accused of tax fraud against the Spanish treasury after having lost his inviolable status with his abdication on June 19, 2014.

After that first regularization, in February 2021 the second would arrive. On this occasion, the Emeritus, thanks to the crowdfunding of his close friends, voluntarily paid the Tax Agency almost 4.4 million euros for the trips and gifts received through the Zagatka Foundation, owned by his cousin Álvaro de Orleans. Once again, the King was able to get rid of a complaint from the Supreme Court prosecutors with this payment to the Treasury.

Despite this, the filing of his investigative proceedings would not take place until a year later. In part, due to the efforts of the Public Ministry that such a delicate matter “not be falsely closed” and also due to the delay of the Swiss prosecutor Yves Bertossa in delivering the documentation that was required of him on the Zagatka accounts.

For more than three years, both Anti-Corruption and the Supreme Court Prosecutor’s Office thoroughly investigated the monarch’s assets, relying on experts from the ONIF (National Fraud Investigation Office), taking statements from those they considered his alleged figureheads -From Orleans, Krause and Colonel of the Air Force, Nicolás Murga Mendoza- and issuing rogatory commissions around the world to detect the King’s offshore assets.

On the other hand, the investigation carried out on the monarch unleashed internal tensions within the State Attorney General’s Office where Dolores Delgado abruptly decided to seize the investigations from Anticorruption to finally end up appointing co-instructor of the proceedings, along with the late Juan Ignacio Campos, at same chief prosecutor of that department, Alejandro Luzón.

Less known are Delgado’s troubles in this investigation. For example, that the former minister unsuccessfully proposed to the prosecutors of the investigative team that they consider taking a statement from the Emeritus. The attorney general met with a negative response, since her subordinates told her that the Public Ministry lacked regulatory coverage to summon Don Juan Carlos in the framework of pre-trial proceedings.

In addition, as the investigations progressed, those responsible for the investigation began to see more and more clearly that it was not going to be feasible to present a complaint before the Second Chamber of the Supreme Court against the monarch because a large part of the criminal acts attributed to Juan Carlos of Bourbon were prescribed and many others were committed when the King was protected by the mantle of inviolability. Not in vain, the jurisprudence of the High Court requires that there be strong evidence of criminality against the appraised before opening a criminal case against them.

At that time, the attorney general proposed that instead of a complaint, a complaint be filed for the allegedly criminal acts and, again, she ran into the rejection of the Supreme Court prosecutors who considered that they would make a fool of themselves if, after more than two years investigation, a generic complaint was filed about facts that had been thoroughly investigated.

The end of the story is known to all. Last March, after leaving them for more than twenty days in a drawer, Delgado decided to notify the filing decrees of the investigation into the Emeritus. The judicial ordeal for the Emeritus in his country was over and his temporary return to Spain was thus paved. The wish he most cherished from him during two years of exile in the United Arab Emirates.

With this scenario, the King only has left since that spiteful German businesswoman who got him into trouble with the Spanish Justice does not win the battle that is being waged in the United Kingdom, where she has sued him for alleged harassment.