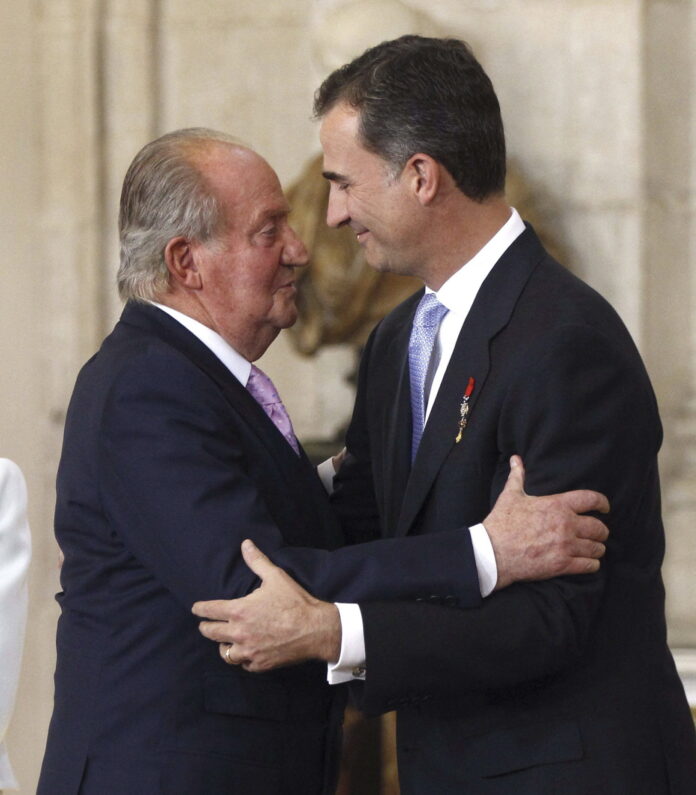 King Juan Carlos will visit his son, Felipe VI, on May 23 at the Palacio de la Zarzuela. This has been made public by Casa Real in a statement confirming that the former monarch will arrive in Spain next Thursday, May 19, to spend a few days in Sanxenxo.

“His Majesty the King Don Juan Carlos has transferred this afternoon to the House of His Majesty the King his wish that he make public his decision to travel to Spain from tomorrow the 19th until next Monday the 23rd of May,” begins the release. A concise text of just three paragraphs, which starts with what Zarzuela sources affirmed to this newspaper from the first moment, that they would communicate news about Don Juan Carlos if the father of Felipe VI wanted them to do so. Otherwise they would have nothing to say.

Another of the information that these days transferred from Casa Real referred to the call that Don Felipe made to his father last Sunday in Abu Dhabi. At that time he summoned him to meet when he came to Madrid. And so it will happen. “Don Juan Carlos plans to stay during those dates in the Galician town of Sanxenxo, and on Monday 23 to travel to Madrid, to be with His Majesty the King, with Her Majesty Queen Sofía and other members of his family at the Palace of The Zarzuela”.

“That same day, His Majesty King Don Juan Carlos will travel back to Abu Dhabi, where he has established his permanent and stable residence,” the statement continued. Thus, Casa Real has managed to get the father of Felipe VI to agree to the most controversial condition of his return: that he not sleep in Zarzuela. As Juan Carlos I could not conceive of sleeping anywhere other than what has been his only residence in Madrid, he leaves the same day that he visits the house from which he reigned.

Zarzuela’s statement ends with a final paragraph in which they explain that this visit “is part of the wish of His Majesty King Juan Carlos to travel frequently to Spain to visit family and friends, and organize his personal life and his place of residence in private spheres, as expressed in the letter he addressed to His Majesty the King on March 5”.