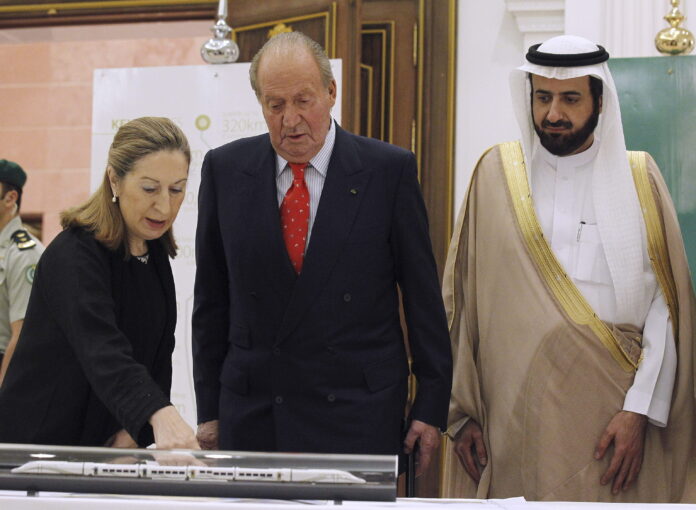 The first visit of the King Emeritus to Spain since he left the country almost two years ago and settled in the United Arab Emirates is an event that is announced as imminent and, despite not having been confirmed by Zarzuela, it has already provoked all kinds of reactions of supporters and detractors of the former head of state and the monarchical institution.

The debate on the opportunity to return, even if it is private and only for a few days, has caught on in the Government fueled by the minor partner, United We Can, and the parliamentary allies of Pedro Sánchez, contrary to the form of State that includes the Constitution.

The possibility that Juan Carlos I will travel to Spain this weekend, as the journalist Fernando Ónega announced this Monday on Onda Cero, and friends of the Emeritus take it for granted, immediately opened a new crack in the Executive that threatens to become a schism with the Crown in the center of the target.

For now, the socialist wing of the Government has chosen, through party spokesmen, to clear the ball by placing it on the roof of the Casa del Rey. The PSOE insists that the return of the Emeritus would be an event of an exclusively “private” and family nature, “within normality” and “with no more relevance” than that of a “reunion between father and son”, in the words of the spokeswoman in the Senate, Eva Granados.

More precise when transferring the full weight of the decision to the Zarzuela, was the spokesman for the Executive of the PSOE, Felipe Sicilia, emphasizing that the visit “only concerns” the Royal House.

Breaking away from the trip and the dust that will inevitably arise is already seen as the attitude that the socialist members of the Government intend to adopt despite the fact that Juan Carlos I’s return to Spain is an issue, as was his departure, of which Moncloa in no way case would have been left out.

United We Can reacted immediately to the possible visit. The Minister for Equality, Irene Montero, took the opportunity to insist that the Head of State must be elected by the citizens. In her opinion, “there are more and more people who do not understand the usefulness of the monarchy.”

One more step was taken by the spokesman in Congress for the purple party, Pablo Echenique, stealthily warning with a tweet addressed to the Police of the return of Juan Carlos I as if he were a criminal to be arrested.

On behalf of the PNV, Aitor Esteban insisted that, whether he returns or not, “the shame of his behavior will not make him disappear”, while from Barcelona, ​​the spokesman for JxCAT, Josep Rius, stated that Spain is a “rotten state” for allowing the return of a “corrupt”, and on the contrary preventing Carles Puigdemont from returning freely.

For her part, the ERC spokeswoman, Marta Vilalta, chose to encourage Don Juan Carlos to return “to stand before Justice, assume all responsibilities and pay for everything he has stolen.”

In any case, and despite the uproar, the date of the trip still moves in the field of recurring speculation about the return of the former head of state because the House of the King did not confirm it. It is no less true, however, that his first visit to Spain is very close. In Zarzuela they assured this Monday that they had no news that it was going to take place this weekend.

The rush to set a date could respond to a new leak from the Emeritus’ environment, a strategy to speed up his return, given that this has been his wish for a long time and there is no longer any legal case that affects him in Spain. But, until now, each step forward with new details of the trip has ended in a disagreement between father and son that makes the operation difficult.

On this occasion, the statement that he would go first to Sanxenxo and then to Zarzuela does not correspond to the plan that is being worked on in the Casa del Rey and that he meets with his son, Felipe VI, as soon as he arrives at Spain. That meeting would formally be the first and images of it would be distributed before Don Juan Carlos can make other plans in the country.