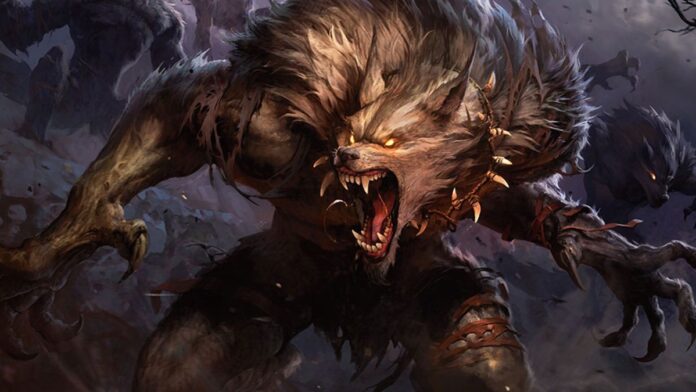 Innistrad: Midnight Hunt is available now in MTG: Arena & Magic Online ahead of its physical release

Innistrad’s latest expansion, Innistrad Midnight Hunt, has introduced spooky items to Magic the Gathering Arena. This is well ahead of Halloween. Midnight Hunt, like previous Innistrad sets offers a variety of horror tropes and introduces new keywords and cards to tribes such as werewolves, vampires and spirits. The expansion is available now for MTG: Arena and Magic Online. A physical release will be released September 24.

Midnight Hunt continues the story of Innistrad’s first set, which was introduced in 2011. Innistrad looks straight out of the Universal horror film or Hugh Jackman Van Helsing movie. It draws inspiration from gothic horror, particularly from eastern Europe. Castlevania lovers should love it. Midnight Hunt features 277 regular cards. These include 100 common, 83 rare, 64 rare and 20 mythic rare cards. The set includes five allied-colored tribes (werewolves and humans, spirits, zombies and vampires), as well as a variety of keyword abilities that can alter the behavior of some tribes.

Werewolves introduce Daybound or Nightbound cards, which transform double-faced cards. These keywords will determine which transformation your double-faced card takes. If a daybound permanent has been played, you’ll need start tracking whether it is day or night for the remainder of the match. Some card abilities can change the match from day to night, causing all transforming cards in the match to flip accordingly.

Many of the transforming werewolf card have interesting lore implications. For example, the Dog Tamer is a boy who loves dogs and works as a pack leader at night. The Bird Admirer is an archer who is dedicated to finding every bird in Innistrad. She turns into a ravenous waswolf when night turns to day, and her favorite treat is every bird in Innistrad.

Midnight Hunt doesn’t just have werewolves as the only double-faced card, but there are other double-faced cards too. Spirits can use the Disturb keyword to cast the back-face cards from their graveyard. It’s like a ghost haunting them.

The new Coven keyword is available to humans. This gives your cards an ability or effect if you have three creatures with different powers. These abilities can be activated by the player, but some of them can be triggered. According to Midnight Hunt’s legend, humans can use witchcraft and covens to protect themselves against werewolves and other night-born monsters.

The Decayed keyword is now available to zombies. Decayed creatures can’t be blocked and won’t become sacrificed if they are attacked with them. Although one decayed creature might not seem very useful, your opponent will need to decide whether to eliminate it before it becomes part of a larger battalion. At that point, your zombie army can be launched at the enemy and overwhelmed.

Every card is not a scary creature of the night. Rem Karolus the Stalwart Slayer, is a remarkable and entirely human card. He is a legendary human knight that prevents you from taking spell damage and increases your threat. He rides a strange pelican pegasus that, in my humble opinion, is worth the effort.