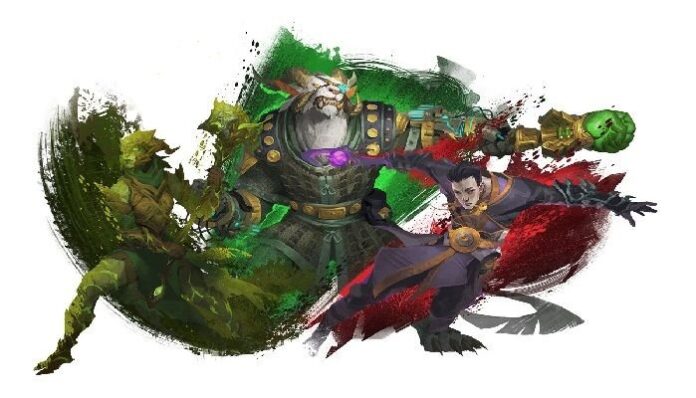 Guild Wars 2’s third elite specialization event is now available. Players will have the opportunity to try out the Specter and Untamed as well as the Mechanist.

You will see some beta characters slots in order to gain access to the specializations. You can test them all with fully-leveled characters, which will vanish after the event.

You will take on the Specter with a scepter, shadow magic and dark magic to control dark forces and win or help your friends. You can use a large hammer to control the Untamed and share nature energy with your pets. You can also be a Mechanist with your jadetech battle mech, which you can tailor for any role you require. If you have participated in previous rounds of testing, you should be familiar with the process.

These characters can be tested in any Tyria area that you haven’t yet unlocked. Anyone can play, since there is no new End of Dragons zone. After the event, all characters you have tested out in beta will be removed. You can’t play in ranked PVP with them, nor can you access your bank like your regular characters. You can’t use beta characters for trading, mail gold, or items. These are temporary, so any earnings or actions you make on beta characters will be permanent.

Other details include bug fixes for skills for the Ranger and Thief as well as fixes to some crashes in DirectX 11.

You can find out more about the Elite specializations in the beta by visiting the Guild Wars 2 site.