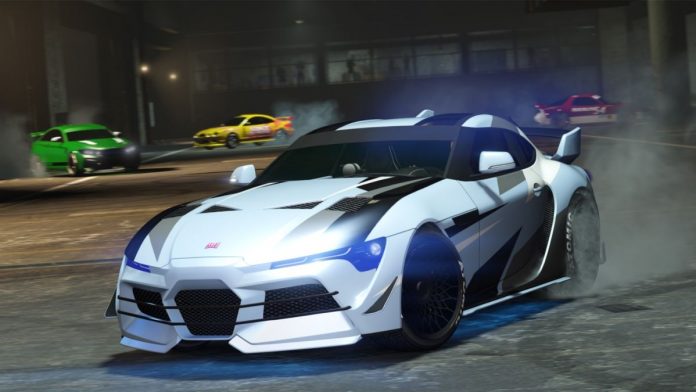 The LS Car Meet is a new social space that adds a lot of fun to the race.

Rockstar has released a trailer and details about GTA Online’s next major update Los Santos Tuners. It will be available for all players starting July 20. The main addition to the game is the LS Car Meet. This allows players to show off their cars, modify each other’s vehicles, get missions from shady contacts and participate in a lot of racing.

Club members are expected to have a positive attitude and not use weapons. This makes it a “great place to avoid the attention of the police or any small-time chumps.”

To become an LS Car Meet member, players will need to pay GTA$50K. This will unlock a new reputation among petrol-heads as well as access to the Test Track. Here, players can freely “drive, drift and race vehicles without any interference from pedestrians or the law.” Here you can also test out a rotating collection of dream cars.

You can also join the club to access all the club’s bespoke shops. These include a merchshop, tattoo shop and the car modding zone, where you can modify vehicles in real time while others watch. Once you have risen a bit, you can also customize the meeting space.

Los Santos and the Test Track are where the new race modes will be split. The Test Track is more about having fun with your friends. It offers short head-to-head races and a Scramble mode where players race for 20 checkpoints. There are also time trials with leaderboards. The Test Track can accommodate up to 30 players at once, although contact is disabled during competition. You can also choose to play privately or solo.

Los Santos has the Pursuit Series and Street Race Series. These are more straight-up, full-contact competition. Los Santos’ urban areas are the tracks. They are full of tight turns and corners. The Pursuit series is open-ended, with fewer checkpoints. Because in this case, players are competing against one another while being chased by police. This sounds like a great idea for a mode.

Sprint races, which are a point to point challenge for up to four drivers and include racing to a GTA landmark starting at the LS car meeting and returning.

A lot of cars are being added to the fleet, including imported tuner cars from Annis and Ubermacht as well as pure Vapid muscle that Americans know and love. The summer will bring 17 vehicles, with 10 of them arriving on July 20. As always, there are cosmetics and other items included. Rockstar’s newswire posting has all the details.