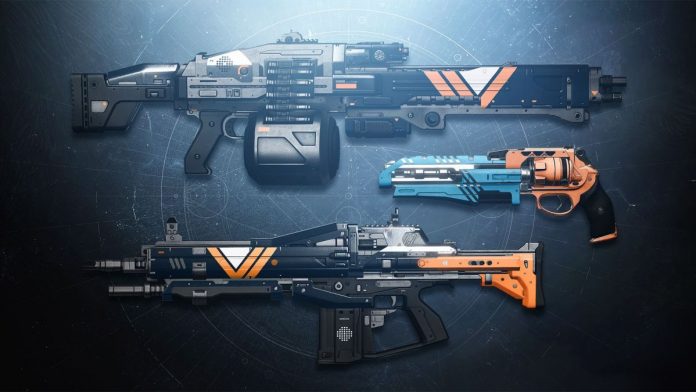 As sales pitches go,’this item is very good, but only in the few seconds after all of your friends die’ is not the most alluring. The proof is in 2 of Destiny 2’s most popular weapon perks:’Celerity’ and’Bottomless Grief’. Or in other words, the consequence just kicks in after all your friends are dead.

Given that conditional necessity, the perks have to be quite strong–and, honestly, they’re. Celerity permits +100 to target acquisition, handling and reload speed, as well as reduced recoil and bullet disperse. That’s a lot! Bottomless Grief entirely refills your magazine on each kill. Also excellent! Both perks are supposed to allow you to make clutch plays modes which often require them.

Unfortunately the players didn’t see it this way, and have complained bitterly about the perks since they were introduced.

Yesterday, as part of the This Week at Bungie blog, weapons feature direct Chris Proctor gave his ideas on the perks have proved so unpopular and detailed plans to change them in season 14 (currently unnamed), that starts on 11 May.

“We discovered that a trigger condition that is based on failure normally feels pretty bad, and the power it grants does not negate that sense,” wrote Proctor. “Players never enjoy betting against themselves or their teams.”

Responding to the widespread suggestion from the community that these perks should shifted to being intrinsic abilities on’Adept’ weapons (the Maximum grade of legendary weapon from the game), Proctor explained why that is not workable:

“For performance reasons, we have a maximum number of perks that can run on a character at one time. Legendary weapons have a threshold each weapon, and many of them are at the limit–adding a perk in addition to that without taking one away causes Bad Things to Happen, in the form of random components of perks turning .”

Instead, for new weapons which roster with Celerity or Bottomless Grief, those perks will then be selectable underneath another perk in the same column (whereas before you were locked into using them). The two perks also have been reworked. Bottomless Grief will grant a flat +30 to the weapons’ Magazine stat, while Celerity adds +20 Reload and Handling.

Be aware that those modifications are in addition into the recent benefits which the perks currently provide. I was not convinced that was true but confirmed it using Bungie. The logic being that the perks will now have a solid benefit when your teammates are alive, and a really nutty one when they’re dead. It certainly makes them a lot less situational, and that I actually want to test them out today.

What strikes me as odd about the whole issue is that nobody on the design team foresaw how unpopular relying on your teammates glancing up to trigger a perk will be.

Elsewhere in the article Bungie detailed modifications to this Gunsmith seller, who will begin selling six randomly rolled weapons each week next season (hallelujah!) , and gave additional information on the return of ADA-1, another vendor, who will sell randomly rolled armor along with an increased selection of mods, enabling players to complete their Warmind Cell and Charged with moderate collections. Good stuff.

Finally, on the subject of weapons, if you’re thinking of braving Trials this weekend, the coveted Shotgun can be obtained for winning three matches, and you could also earn the even more coveted Igneous Hammer hand cannon just for winning seven rounds. I’ll be praying to the dark gods of RNG that your perk roll is, as I believe the young people say,’a juicer’.