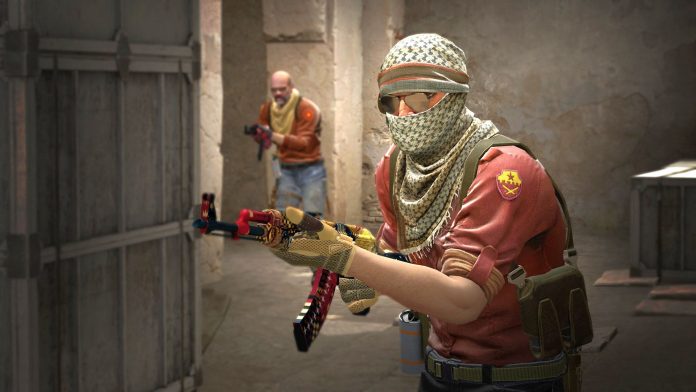 Counter-Strike: Global Offensive has received an upgrade fixing various minor bugs, as well as a rather major one that has been around for quite a while: except no-one really noticed. Hold your heavy weapons close, because it turns out particular surfaces have been resonating in the incorrect way.

It audibly demonstrates that the wrong variety of footstep has been showing up on particular surfaces in popular maps.

We know: any player that killed me from heaven on Nuke is a cheating hacker. The tap is shown above occurring at different points in Train, Inferno and Mirage in addition to Nuke, contrasting the Offline sounds (since they ought to be) with those of online matchmaking and thirdparty servers, where the wrong kind of footstep audio plays. The patch notes state simply”fixed a bug which led to the incorrect footstep sounds to be played on some surfaces.”

Apart from different community map tweaks the other important change is to the ping machine, which in restricted conditions could reveal the location of a concealed enemy. This problem has not exactly been fixed, but for now pings will no more highlight opponents, meaning it will not happen.

Valve has been picking up the pace of CS: GO upgrades, and the competition of Valorant has noticed the 2 games move nearer with each patch. Other recent big changes include the elimination of robots from competitive while, in the competitive scene, the big news is the beginning of retributions for the past year’s coaching scandal.

Rich was increased by a Spectrum 48K from the wilderness, and this early exposure to survival mechanics left him a rooter-out of the best news truffles, and suspicious of all the soft, civilised Amiga individuals. Nowadays he mostly performs Counter-Strike and Rocket League, and is great at one of them. He’s also the author of a Brief History of Video Games.