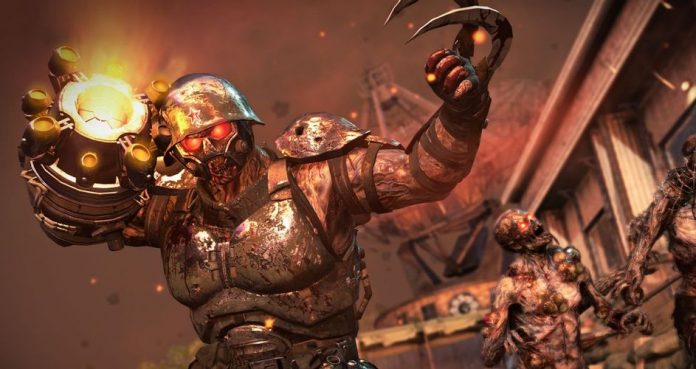 Call of Duty developer Treyarch seems to be teasing the addition of a day/night cycle for Call of Duty: Black Ops Cold War’s Zombies Mode.

This is a big week for Black Ops Cold War, given the return of the R1 Shadowhunter crossbow in the latest upgrade. Other major changes are on the horizon also, namely in the form of a new area for Outbreak’s Ural Mountains map. The next upgrade will also introduce a brand new objective and fresh intel, although specific details related to both are being kept closely under wraps for the time being.

New enemies and objectives also joined the fray, alongside assignments which required players to track down dimensional portals and search foes utilizing satellite trackers. Outbreak’s next upgrade may choose the chaos of Zombies gameplay yet another step further.

Yesterday, Treyarch shared a quick Outbreak-related tease, hinting in the arrival of a new area, objective, and intel. A gif accompanied the studio social media article, offering a sneak peek at footage of what appears like the Sanatorium map. The following characteristic of text featured in the tweet looked as follows:”Believe you can endure the Ural Mountains after dark? ” This implies the mid-season upgrade will include Sanatorium as a new place in the Ural Mountains locale. The general consensus is that Treyarch’s”after dark” line could also serve as proof a day/night cycle will launch with the upgrade. Yet, as of writing, the developer has not affirmed as much. Watch the cryptic post below

Obviously, there’s also the possibility that a full-on day/night cycle isn’t in the works at all. Treyarch could simply be teasing a night map for Sanatorium is along the way. That will not become evident until the studio releases additional tangible information, however. Regardless, it appears as though Black Ops Cold War fans will soon have another reason to explore the horrors of Outbreak.

Black Ops Cold War started late last year as a cross-gen release. To the surprise of nobody, the first-person shooter instantly topped the sales charts and remains a top-selling name across multiple markets. And hype is currently building for this year’s Call of Duty entrance , which rumors assert will probably return the franchise into World War II.