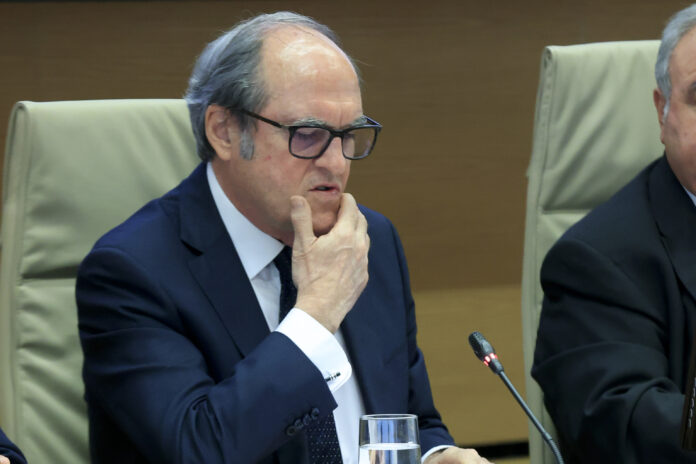 To try to calm its nationalist partners after the Pegasus case broke out, the espionage by the CNI on independence leaders, the Government offered, in addition to an “internal control” of the secret services -its director was finally dismissed-, an investigation by part of the Ombudsman. Ángel Gabilondo has already completed his work and concludes that the actions of the secret services have been carried out in accordance with the Constitution and the Law.

In order to carry out his analysis, Gabilondo has had access to classified documents, to the judicial authorizations that endorsed the espionage through the Pegasus system on 18 independence leaders. These are the authorizations that Paz Esteban, former director of the CNI and who was dismissed a few days ago in the midst of controversy, exhibited to the spokesmen of the parliamentary groups in the official secrets commission to verify that the secret services acted under judicial authorization.

After studying the orders of the magistrate of the Supreme Court in charge of the prior judicial authorization for these wiretaps, the Ombudsman settles that they are “extensively motivated, essentially based on specific facts and the interventions of previously authorized communications in all the cases examined” .

Likewise, it emphasizes the “high degree of detail of the information available to the magistrate of the Supreme Court to adopt the decision”; and recalls the existence of a protocol that articulates the relationship of the CNI with the magistrate of the Supreme Court who decides, after receiving precise information on the facts that justify the request.

In Gabilondo’s opinion, he considers in his report dated May 18 and addressed to the Secretary of State-Director of the CNI, that this body acted with respect to the different legal provisions related to the prior judicial control of the interventions of the communications that were have produced on a part (18) of the people mentioned in different information published last April.

In his eight-page brief, he exposes the existence of internal regulations in the CNI for the management, coordination, processing and evaluation of the operational activity that requires special procedures or means for obtaining information and that contemplates, in cases of need of judicial authorization in accordance with the Constitution and the law, the necessary procedure so that such authorization (or non-authorization) can be decided by the Magistrate of the competent Supreme Court. And that Gabilondo has been able to examine said regulations.

For the Ombudsman, there is no doubt that the wiretapping is due to ideological persecution, as the independentistas have been defending. “This subjection [to the Constitution and the rest of the legal system] excludes the mere ideological motivation in the interception. It is not what is thought, but what is done in a non-democratic way, with violence and/or against the rights of many other citizens, and of the State itself”.

Gabilondo does point out in his letter the need to “open a reflection on judicial control.” He points out that although there is nothing to object to in the actions and “transparency” of the CNI, 20 years have passed since the law regulating the National Intelligence Center was drafted (May 2002), so it is worth studying whether the evolution of technologies in recent decades, “added to the changes that are to come, should lead to reflect on the sufficiency or insufficiency of the existing judicial control. The interception of communications in 2022 is not the same as in 2002, nor will it mean the same in a few years”.

In this aspect, Gabilondo does not propose specific formulas, but he does urge that “other subjects of the Rule of Law through very large majorities” explore it.