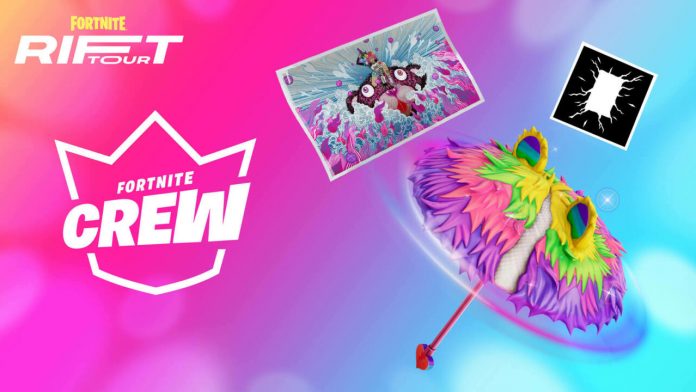 Epic has confirmed that Ariana Grande will be the Fortnite Rift Tour’s headliner. This follows weeks of leaks, rumors and finally her in-game skin being posted online via a French Fortnite social media channel. The Rift Tour begins Friday, August 6th at 3:00 PT/ 6:45 ET. You can join the interactive concert from anywhere in the world. Players will be able to earn rewards and other surprises as they go along.

We first heard of a possible Ariana Grande in-game concert when Epic and Apple took their financial battle to court. The trial revealed that some of the documents were used to tip off Fortnite’s massive Fortnite community about future events, such as the NBA Crossover and LeBron James skin. A leak from Reddit suggested that the concert would be happening this summer. It’s now official: Ariana Grande will perform live alongside her debut Icon Series cosmetic set.

Epic seems to have planned to reveal the full details on August 2 according to the developer’s wording last week, but was apparently moved to reveal the show’s main act a day early after undisputed leaks popped up online. Nevertheless, there should still be more for fans to learn in the days ahead, as Epic has promised a second wave of Rift Tour Quests, and has even hinted that some free cosmetics will be earned not just before the show, but during and after it as well.

Meanwhile, players who subscribe to Fortnite Crew will earn bonus in-game cosmetics simply for logging into the game between August 5-9. You will also receive the Rainbow Cloudcruiser Umbrella and the Skye up High Loading Screen as well as a Rift Tour-themed Banner.