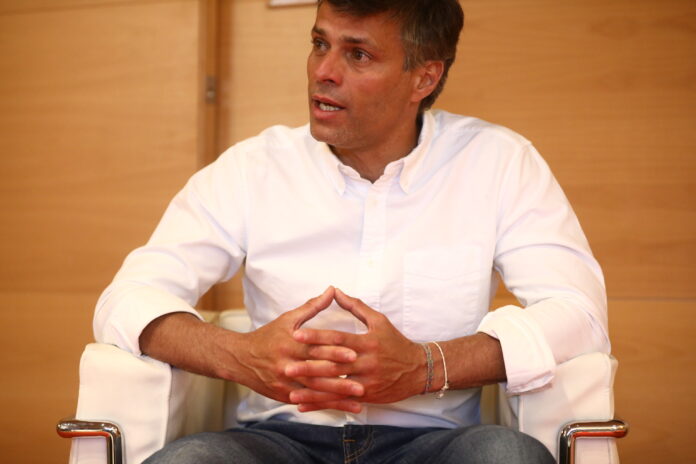 The Venezuelan democratic opposition tries to revive for the umpteenth time in one of its worst historical moments. “We have refounded the Unitary Platform as a broad and inclusive instance that has operating regulations with very clear rules of the game and specific work areas,” this political alliance, made up of ten opposition parties, announced today.

At the head, as executive secretary, Omar Barboza, former president of the National Assembly (AN) and leader of the Christian social group Un Nuevo Tiempo (UNT), one of the four parties that made up the G-4, has been appointed. Its work will focus on helping the debates within it develop in a “harmonious” manner in search of “strengthening unity”, in a strategy that recalls the long-awaited Democratic Unity Table, the one that led to the great Electoral victory in the parliamentary elections of 2015.

The first challenge will be to set a date for internal primary elections, to be held next year, in which a consensus candidate will be chosen for the 2024 presidential elections. Most of the parties are committed to holding these elections without the National Electoral Council ( CNE), an entity managed by Nicolás Maduro, despite pressure and threats from the ruling party.

“As of this moment, we will begin a deep consultation process with the entire country in order to jointly build this powerful mechanism for the selection of the single candidate,” the statement concludes.

The conclave held last week in Panama, in which leaders of all parties participated, such as Leopoldo López for Voluntad Popular (VP) or Julio Borges for Primero Justicia (PJ), had the support of the Joe Biden administration, according to They recognized two different sources to EL MUNDO. Washington considers it essential and fundamental that the democratic opposition appears united again, after many months of internal struggles, much of it promoted from the Miraflores Palace.

“I hope to be useful in uniting the entire opposition, beyond those of us who make up the Unitary Platform,” said Barboza. In addition to the G-4, parties such as La Causa R, led by Andrés Velásquez, and Encuentro Ciudadano, with deputy Delsa Solórzano at the helm, are present in the alliance. Several of the smaller parties are part of Save Venezuela, created around the figure of the president in charge, Juan Guaidó.

“The challenges are many, but perhaps Barboza’s low profile can help achieve some kind of cohesion politically, which right now is non-existent, not only among the opposition parties, but even within themselves, such as PJ, for example,” political analyst Walter Molina points out for this newspaper.

Barboza, 77 years old, went unnoticed by the presidency of the AN, a year without pain or glory. But he was the only one who fit the profile desired by the parties, who for the time being are going to rotate as spokespersons for the Unitary Platform. It remains to choose who will accompany the new executive secretary in his role.

Faced with a country far from politicians and that has focused entirely on survival, the opposition’s challenges are enormous. “The first is to make people trust this Platform, something very complicated considering that the names are practically the same, but not impossible if things are done correctly. The second challenge is to mark a clear path, with specific actions inside and outside the country whose ultimate goal is to democratize, because that is the only solution for Venezuela. It is clear that if the opposition gathers around a figure, the real one, the one that seeks change, the chances of generating a break are greater Molina summarizes.

USA Biden: “Finland and Sweden meet all the requirements to enter NATO”

News Editor - May 19, 2022 0
A child under 3 years old died this Thursday after ingesting hydrogen peroxide. The events have taken place in a booth or warehouse located...