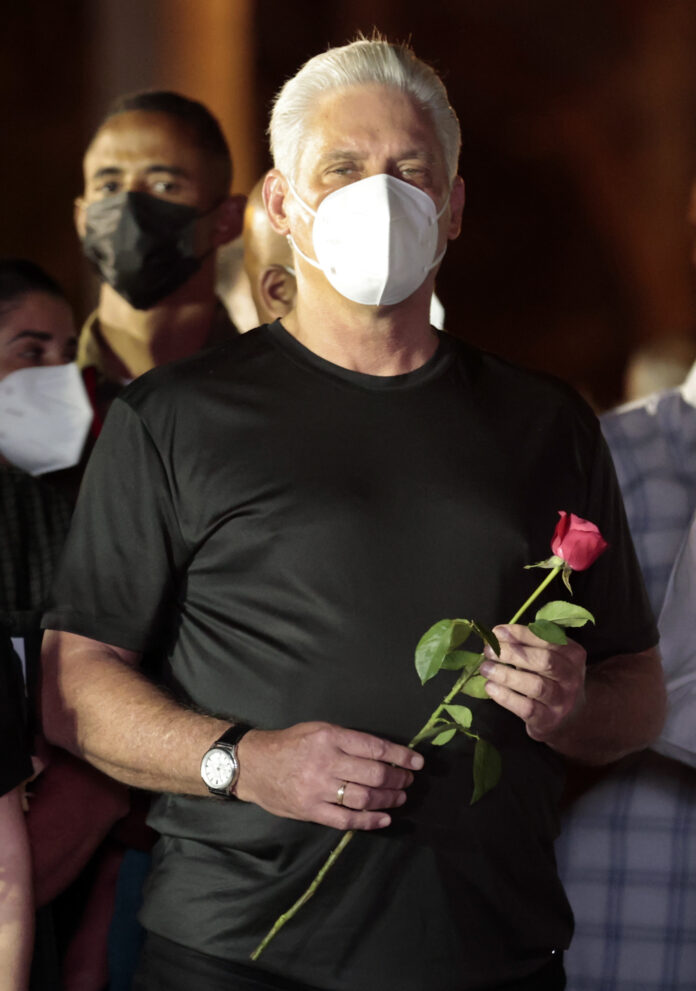 “There is not a single reason that justifies the exclusion of any country of our America from this meeting,” complained the National Assembly of People’s Power, meeting these days in Havana in an extraordinary way to approve, among other regulations, the new Penal Code of Castroism.

“A new aggressive act by the United States against Cuba, including strong pressure and threats against numerous Latin American and Caribbean governments,” the legislators of the International Relations Commission deepened, thus joining the calls of their leader, Miguel Diaz-Canel. Raúl Castro’s successor has the firm support of Venezuela and Nicaragua, also excluded for not respecting “democratic principles,” according to different spokesmen for the Joe Biden administration.

At the head of all of them has been the Mexican president, Andrés Manuel López Obrador, ready to boycott the conclave to be held in June in Los Angeles. With Nicolás Maduro as the banner, the three Latin American dictatorships are the main allies of Vladimir Putin in the region.

The Communist Party of Cuba (PCC) took the opportunity to denounce the alleged “campaign of lies and disinformation promoted by the United States, which tries to show the world a reality that does not exist in Cuba and for this it creates false news, manipulates images, lies about alleged persecution, tortured and disappeared.

Currently, Castroism keeps 1,015 political prisoners in prison, of which 874 were imprisoned after the popular rebellion of 11J last year for peacefully protesting, according to data provided by the organization Prisoners Defenders. Among them are several leaders of Cuban dissidence and activism, such as the artist Luis Manuel Otero Alcántara, head of the San Isidro Movement; the rapper Maykel Osorbo, one of the authors of the libertarian anthem Patria y Vida and José Daniel Ferrer, leader of the Patriotic Union of Cuba (Unpacu).

The United Nations Committee Against Torture has called on the Cuban state to investigate and prosecute those responsible for the “excessive use of force and mistreatment that occurred during the 11J social protests.”

At the moment, López Obrador has the support of Bolivia, which has already announced that it will not attend if its revolutionary allies do not go, in addition to Argentina and Honduras, who support his initiative although they have not specified what their final position will be either. “If all the nations are not here, it is not the Summit of the Americas,” protested the Honduran president, Xiomara Castro.

Not only governments, but also parties and leaders of the continental left have joined the protest in Mexico. “His sin and crime was freeing himself from the interventionism of the North American empire. Cuba, Nicaragua and Venezuela are free peoples who, for defending their sovereignty, are excluded from the Summit of the Americas. A summit that excludes is a political action that destroys,” the former president fired. Bolivian Evo Morales.

In Peru, the Marxist leader Vladimir Cerrón pressures Pedro Castillo to join the anti-Summit bloc. “Peru should not attend the Summit because of its discriminatory, colonialist and impostor nature,” said Cerrón, whose deputies depend on a large part of the Cajamarca teacher’s political survival.