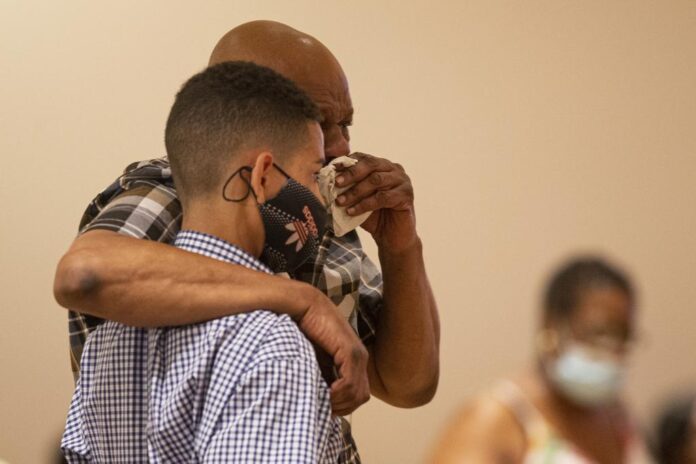 The official mass celebrated this Sunday in Buffalo (New York) for the 10 fatalities of the racist-motivated massacre that shocked the city, became a cry against white supremacism and a call for justice and progress towards the reconciliation.

Before the main political representatives of the state of New York, the Baptist bishop Darius Pridgen asked for all the necessary resources so that justice is done against the 18-year-old attacker who, according to the bishop, wrote a manifesto before murdering 10 people and hurt three others: “I’m going to kill all the blacks.

“What happened was national terrorism, plain and simple,” said State Attorney General Letitia James, who along with Governor Kathy Hochul and other political representatives attended the mass officiated by Bishop Pridgen to address those present, the vast majority African Americans.

James insisted that it was “an act of hate and should be prosecuted as such” because, he argued, the attacker, identified as Payton S. Gendron, a young white man from Conklin, a town 200 miles southeast of Buffalo, and whose name was not uttered throughout the service “fed a constant diet of hate every day” via social media.

Already yesterday, after the shooting, FBI special agent Steven Belanger reported that his office was investigating the incident “as a hate crime and a case of racially motivated violent extremism.”

In this sense, the governor described what happened as “an act of racism and white supremacism” against that community and stressed that action had to be taken to prevent more massacres of this type.

According to Gendron’s manifesto and to which several speakers made reference, the young man consciously chose this neighborhood of the city because it is inhabited mostly by a black population, as the governor confirmed today and, in fact, eleven of the victims were African-American.

“This was not a random act of violence,” Hochul insisted to the crowd. “We’ve seen enough of this. We see what happens when there are too many guns on our streets and people get angry or are in the middle of a gang battle and there’s innocent victims.”

The governor, who like the rest of the country is trying to deal with a rampant increase in gun violence in the state and especially in New York City, has declared war on guns, especially illegal ones.

“Lord, forgive the anger in my heart and channel it into my passion to continue fighting to protect people, get guns off the streets, and silence the voices of hate, racism, and white supremacism on the internet,” Hochul concluded.

The speeches were full of harsh words like those of the Democratic majority leader in the Senate Chuck Schumer, who referred to the attacker as an “animal”, but above all, calls for the union of the communities to “heal” together.

“That animal by opening fire in that supermarket has tried to instill fear in this community, it has tried to divide. Now it’s up to each and every one of us to make sure of its failure,” Schumer said in a telematic intervention in which he quoted the African-American leader Martin Luther King to assert: “Hate cannot drive out hate; only love can do that.”

Gendron, who turned himself in to the police after what happened, is scheduled to appear before a judge on Tuesday to answer for this massacre.