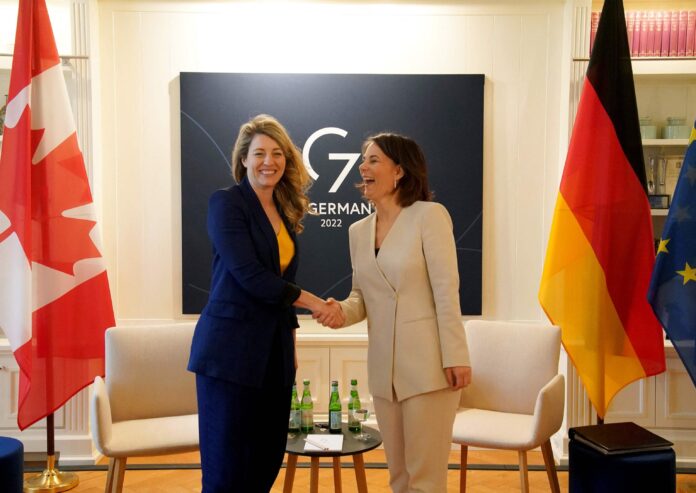 The group of the most industrialized countries in the world no longer hesitates when it comes to standing up to the tyranny of Vladimir Putin in Ukraine. The G7 meets from this Friday in northern Germany to respond to the demands for greater military support for Ukraine and more economic pressure against Russia in the form of sanctions, and the first commitments have not been long in coming.

The group promised to give aid to the country “until victory” against Russia, and the first to propose concrete support was the European Union, through its foreign representative Josep Borrell. Brussels will grant an additional 500 million euros of military aid to kyiv, which raises the total contribution to 2,000 million euros, announced the head of European diplomacy.

The United Kingdom also advocated sending more weapons, although without specific commitments. And France expressed unanimous support for Ukraine from that club made up of the United States, Canada, Germany, France, Italy, the United Kingdom and Japan. The German Foreign Minister, Annalena Baerbock, who is hosting the meeting, expressed her “solidarity” on Friday on behalf of the G7 with the governments of Ukraine and Moldova in the midst of the Ukrainian war.

The foreign ministers of Ukraine, Dmytro Kuleba, and Moldova, Nicu Popescu, will attend this Saturday as guests at the luxurious complex by the Baltic Sea in Wangels, in northern Germany, where the meeting is being held. On Friday, in the previous one, Kuleba called on his counterparts to accelerate the shipment of weapons to the resistance of his country and asked to confiscate more Russian goods and with them contribute funds for the reconstruction of the country.

For its part, the tiny former Soviet republic of Moldova is under pressure, fearing an intervention by Moscow troops in its pro-Russian breakaway region of Transnistria. Popescu hopes to obtain the unanimous support of the main industrial powers to avoid a scenario that would leave the entire northern coast of the Black Sea under Moscow’s control.

The negotiations of the sixth package of sanctions against Russia by the European Union is another item on the agenda. Within the framework of the meeting, Kuleba warned that the unity of the European Union “will be broken” if Brussels does not decree an embargo on Russian oil.

The bloc’s unanimity is once again threatened after Hungary, highly dependent on Russian hydrocarbons, demanded guarantees from its EU partners regarding its energy supply. It will depend on the response of the 27 if they give their approval to the new package of sanctions, much discussed, and which requires the approval of all the states of the bloc for its approval.

Both the president of the EC, Ursula von der Leyen, and the current president of the EU and France, Emanuel Macron, have intensified talks with Hungarian Prime Minister Viktor Orban in recent days to pave the way for an agreement.

The EU’s increasingly active role provoked an angry response from Russian Foreign Minister Sergei Lavrov. During a visit to Tajikistan, Lavrov accused the EU of having become an “aggressive and bellicose” actor in the Ukraine conflict, following “the path of NATO”.

On other issues, the EU announced within the framework of the meeting the reopening of negotiations on the Iranian nuclear program, which had been stalled for years. The Brussels negotiator Enrique Mora and the Iranian Foreign Minister Hossein Amirabdollahian held “a very positive meeting” the day before, in the words of Borrell.

The EU is advancing on this path where the main stumbling block is the United States. Tehran wants Washington to re-adhere to this agreement from which it withdrew in 2018, and above all to lift the sanctions against the country.