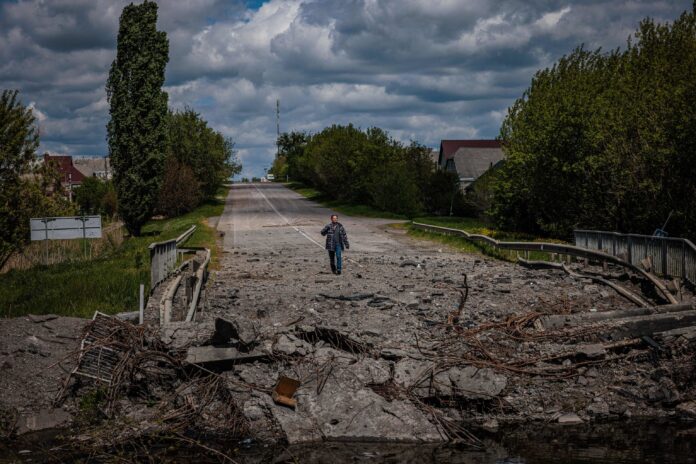 To date, Minsk has not wanted to get directly involved in the war being waged in the neighboring country. But the circumstances are pressing, and possibly the problems that Russia is experiencing in meeting the objectives it set itself are translating into greater pressure on Belarus to increase its involvement in the conflict. Few options have their leader, Alexander Lukaschenko. His autocratic drift in recent years has led him into the arms of Putin.

Earlier this month the Belarusian government had announced a series of large-scale military exercises. A few days later, in a move that reminded many experts of the run-up to the Russian invasion, Belarus announced that its special forces would be deployed to three areas near the southern border with Ukraine. Its pretext, according to the chief of the General Staff Viktor Gulevich, is that “the US and its allies continue to increase their military presence” on its borders.

Yesterday, in one of its informative updates on the situation in Ukraine, the United Kingdom Ministry of Defense confirmed the Belarusian deployment and pointed to one of its possible reasons: to mislead the Ukrainians. “The presence of Belarusian forces near the border will possibly pin down Ukrainian troops, so that they cannot be deployed in support of operations in Donbas,” he noted, in a series of tweets.

Such a decision by Belarus confirms, once again, Minsk’s lack of interest in placing its boots in Ukraine, a country with which it has traditionally maintained a fluid relationship. Although a few years ago even Lukaschenko timidly tried to detach himself from Russia and turn to the West, especially as a result of the loss of economic returns from that relationship, the repression after the 2020 presidential elections led to his definitive cornering along with Putin.

Today, little more than a Kremlin satrap, Lukashchenko shuffles his way to Ukraine. At first he managed to keep his soldiers from actively participating in the invasion, but his territory was the springboard for the entry of the columns that tried to occupy kyiv during the first stages of the attack. Between sabotage maneuvers perpetrated by the Belarusians themselves, the butchers who caused the massacres in Bucha or Irpin came from there.

Now that Russia’s military machine is beginning to suffer from a lack of cannon fodder, Moscow is looking to Minsk. Not surprisingly, British military intelligence also points out that Russia has lost a third of the forces it initially allocated to the invasion and occupation of Ukraine. This means, possibly, tens of thousands of dead soldiers, in addition to countless material damages in the face of a Ukrainian army well armed by the West and increasingly high in morale.

Having failed in the operation to quickly take the capital, finish off the Ukrainian President and quickly turn the tables in the country, Russia declared that its goal would be to ‘liberate’ the Donbas region. He withdrew his troops from the north and concentrated all his firepower in the east and south. But things are not going well here either. Last Saturday, most military analysts took the Ukrainian victory in the battle for Kharkov, Ukraine’s second largest city, for granted.

Ukrainian counteroffensives are slowing down, if not pushing back Russian tanks in places like Kherson to the south or Izium to the east. One of the biggest Ukrainian coups in recent days was the destruction of a Russian attempt to cross the Siversky Donets River using pontoons. The question now is how Russia will respond to this new reality. If he will settle for the Belarusians to continue watching the war from the fence or will he decree a total mobilization in his country.