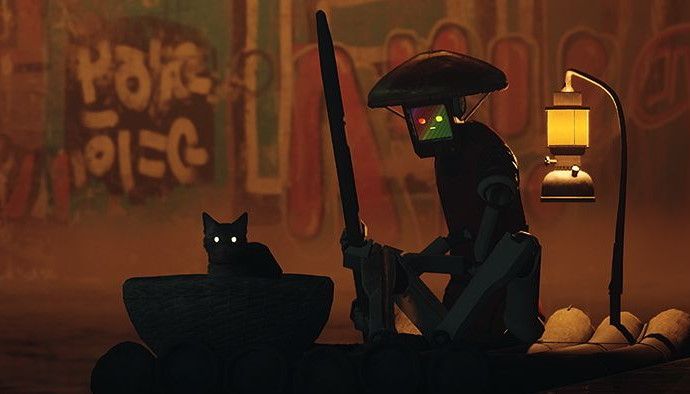 In early 2022, the action-adventure about an abandoned cat in a strange place is expected to be released.

Stray, an action-adventure tale of a cat trapped inside a glowing cyber-world, was announced with a “stunning” trailer at Sony’s PlayStation 5 reveal event in 2020. Today’s Annpurna Interactive online demo gave us a closer look into this strange and stunning game world and how you, as a cat, will survive it.

The video below explains the mechanics of the game. You play as an injured cat separated from your family. You navigate through a dangerous, forgotten city solving simple puzzles while uncovering mysteries. It may look quite ordinary in its grimy, decaying urban surroundings, but it quickly becomes apparent that this is not the world we live. While you may initially be quite defenseless as a cat you will soon make friends and acquire new skills and equipment that will allow you to interact more effectively with the world.

It seems that being a cat is the best way forward. Swann Martin-Raget, a producer at Blue Twelve Studio, says, “Running fast and jumping, as well as using stealth to avoid dangerous situations will all be essential if you want escape the city and be reunited to your family.” The purple death ray looks useful, however.

Stray was originally expected to be out this year (and that’s what the Steam listing currently indicates), but in the video Martin-Raget also reveals that there’s going to be a slight delay: It’s now expected to be out in early 2022. In the meantime, you can find out more at stray.game, and have a look at some new images below.