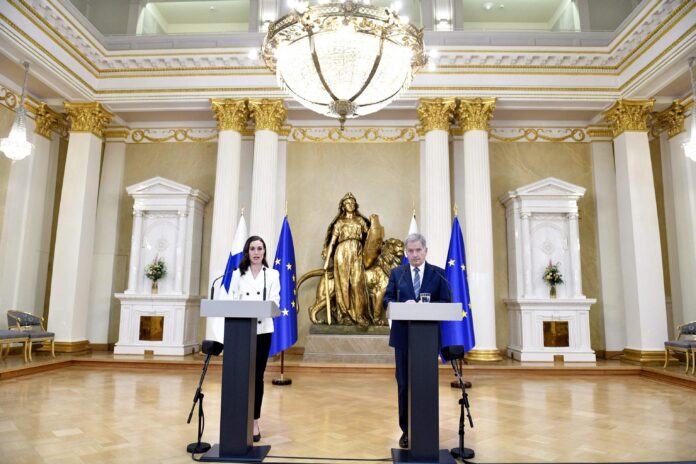 The President of Finland, Sauli Niinistö, and the Finnish Government formally approved this Sunday his country’s request to join NATO, which is expected to be ratified by the Eduskunta (Parliament) next week.

Finland was expected to make the decision official before the decisive meeting of the ruling party in Sweden in view of a possible request for joint accession by the two Scandinavian countries.

Less than three months after the start of the war in Ukraine, the two Scandinavian nations are about to turn the page on their positions of military non-alignment, which dates back to the 19th century in Sweden and more than 75 years in Finland.

After breaking their political neutrality in the 1990s at the end of the Cold War by becoming members of the European Union, the two Nordic countries are moving closer to the Western bloc following a shift in public opinion following the war in Ukraine.

Finland, with 1,300 km of border with Russia, was the first to take the initiative and Sweden is following suit, fearful of finding itself the only country on the shores of the Baltic Sea (with the exception of Russia) outside the alliance led by the United States.

On Saturday, the Finnish head of state called his Russian counterpart Vladimir Putin to inform him of the decision made in a “direct and blunt” conversation.

“Avoiding tensions was considered important,” said Niinistö, one of the European leaders most in contact with Moscow in recent years.

Putin responded that joining NATO “would be a mistake, as there is no threat to the security” of Finland, the Kremlin said.

According to the latest polls, more than 75% of Finns want to join the military alliance, triple the number before the war in Ukraine.

In Sweden, the support also rose but to around 50% against 20% of opponents.

The senior officials of Prime Minister Magdalena Andersson’s Social Democratic party meet on Sunday afternoon to decide whether the formation abandons its historic position against NATO, reaffirmed at a congress last November.

Voices have emerged within the party denouncing a hasty decision and the evasion of an in-depth debate. But for analysts, it is unlikely that the party will decide not to jump on a moving bandwagon, at a time when Russia is busy with the war in Ukraine.

“There may not be the same sense of urgency” as in Finland, acknowledges Robert Dalskö, an analyst at the Swedish Defense Research Agency. “But the Swedish leadership has realized that they don’t really have a choice. Once Finland goes, the same has to be done,” he says.

An unforeseen obstacle has appeared in its path, highlighting the difficulties of a multi-month process that requires the unanimous support of the 30 members of the transatlantic alliance.

One of them, Turkey, expressed its opposition to an entry by the two Scandinavian countries, which it accuses of laxity towards members of the Kurdistan Workers’ Party (PKK), at war with Ankara and on the list of terrorist organizations. of the European Union.

The Turkish Minister of Foreign Affairs, Mevlut Cavusoglu, said he was willing to discuss with the two countries and with the other members of the alliance. His Finnish counterpart, Pekka Haavisto, was “confident” of being able to understand Turkey.