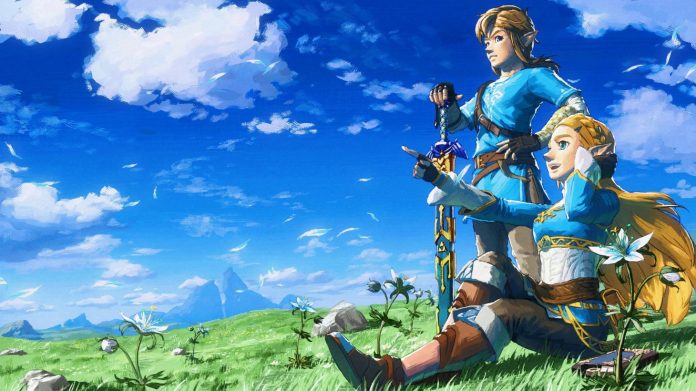 Many of us experienced this as children: A parent who doesn’t know anything about video games saw us playing with the little green elf-man on TV and asked what we were doing. You may have tried to explain that it isn’t Mario or Poke-man. This epic story is filled with charming characters and beautiful music. It’s The Legend of Zelda. They are correct to assume that you are the titular character.

Link has been the protagonist of The Legend of Zelda since the beginning of the series’ mainline chapters in Nintendo’s highly acclaimed series in 1986. What about the heroine after whom the entire franchise is named? Zelda is due for her moment of glory. As the literal incarnation of an omniscient Goddess, gaming’s favourite princess has always been more that a damsel.

Consider Zelda’s role in Breath the Wild. Zelda not only traversed Hyrule together with Link and four champions, which would have made for an amazing open-world story with party members, but she also locked herself in a pit with the embodiment evil for more than 100 years. Has she ever required saving? Why not make Breath of Wild 2 a prequel? (Sorry, Age of Calamity does not count in my opinion) that tells Zelda’s story of her offscreen journey to adulthood in a sandbox filled with side quests, interesting mysteries, and other adventures?

Other opportunities exist to incorporate a Zelda-led adventure into the franchise. Zelda, along with six other legendary maidens, is sent to the Dark World. It would be fascinating to explore the sprawling biomes of the Sacred Realm, slay waves patrolling monsters, and join a team of Seven Sages descendents. You might also enjoy the turbulent odyssey of Sheik from Ocarina of Time. The bizarre adventures of Tetra, an amnesiac princess-turned-pirate-captain in The Wind Waker. Nearly every Zelda version has the potential to at least stand toe to toe with Link. But Nintendo seems to be attached to scenarios in which she is either captured or immobilized.

Zelda’s abilities would be great fun to use. They include a conjurable bow to fire on fierce lynels in midair, telepathy to aid allies, teleportation to outposts or close calls, and precognition (I’m referring to a “tactical camera”) that slows down time before an engagement. Also, the ability to activate or remove barriers, which could make combat more interesting and nuanced. Zelda could lead the charge to a new era of fully integrated co-op features – such as the two protagonists going on a 100-hour, grueling quest together.

A different story could also work in the series. My ideal game would have Link dead and the princess alone to defeat an enemy. She is more than capable of meeting the challenge. She could put together the Triforce and usher in a golden era. Even better, Zelda could wear the traditional green garb of her fallen knight during the final arc in a hyper-meta tribute that will leave you with goosebumps. The orchestral score will be booming and the boss will fly down from the stormy sky to meet his maker. Nintendo, I hope you are taking notes!