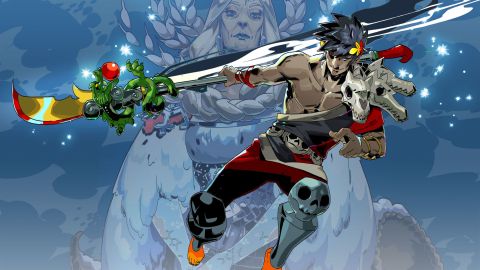 It’s hard to believe that anyone expected Supergiant to make a sequel to Hades. Although Greg Kasavin, the studio’s co-founder and designer, hasn’t abandoned the idea completely it’s unlikely that anyone will make plans to return to the Greek underworld.

Speaking to NME, Kasavin explains that the team is still neck-deep in Tartarus (with PS4, PS5 and Xbox ports arriving later this month), and has barely begun thinking about its next project.

Supergiant has never, in the past, returned to its fantasal locations for a sequel. As a long-term supporter of the studio, this has always been exciting. Bastion couldn’t prepare me for Transistor which is completely unlike Pyre (the best). It would be almost a shame to follow up Hades 2 with Hades 3.

Yet, much of the underlying DNA is easily traced from one game to another. Just as Hades still retains elements from Pyre’s storytelling, Bastion’s slashing and Hades’s story telling, Supergiant’s next video game will likely have some Hades in it.

The atmosphere in our games, how the narrative and play experience interact and are harmonious, the emphasis on character-driven narratives and the attention to artwork and music will all remain. We let you choose how you want to play and don’t force you to follow a certain style. These are things we care about in all of our projects. I’m sure we will continue to do so with any future endeavors.

Hades was a huge hit for the studio. We loved it in our review and so did a panel from GDC judges, who chose the game as their game of the year. Supergiant can continue to explore the mythology that surrounds the roguelike, whether it’s a sequel or DLC.

We’ve had enough time in Hades. Supergiant is my next destination.