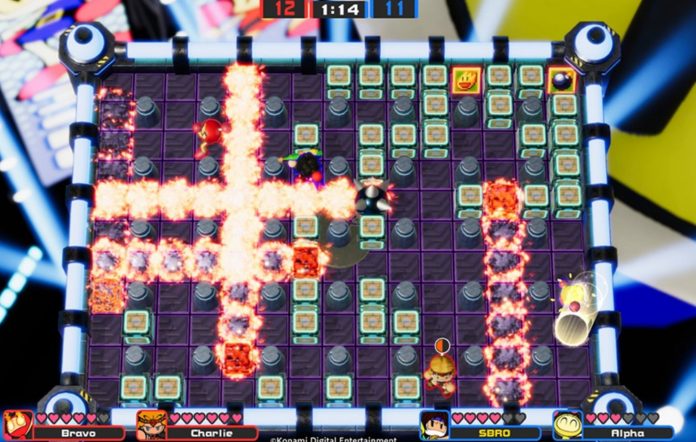 According to a listing on the ESRB website, Super Bomberman R Online will break its lonely Google Stadia exclusivity and start for PC. The game was essentially a re-release of the first Super Bomberman R, which is already available on Steam, although it included a 64 player Bomberman-style battle royale mode.

In addition to the large number of gamers competing, the Battle 64 mode also mirrors the battle royale shrinking map structure: players are randomly plonked onto one of a series of interconnected areas, with each one of these areas gradually closing down. Another unique attribute is Crowd Play, which lets players join a streamer’s match on-the-fly. Elsewhere, the Standard competitive mode now supports up to 16 players instead of eight.

It didn’t fare especially well with reviewers, and the variant on Steam is damn expensive for a Bomberman game, but for many people that won’t matter: it is Bomberman.

The PC version of Super Bomberman R Online has not been formally announced, so we do not know whether it’ll be free like the Stadia variant now is, nor when it will release. For what it is worth, according to the ESRB listing”the words’damn’ and’hell’ are heard from the game,” so proceed with caution.