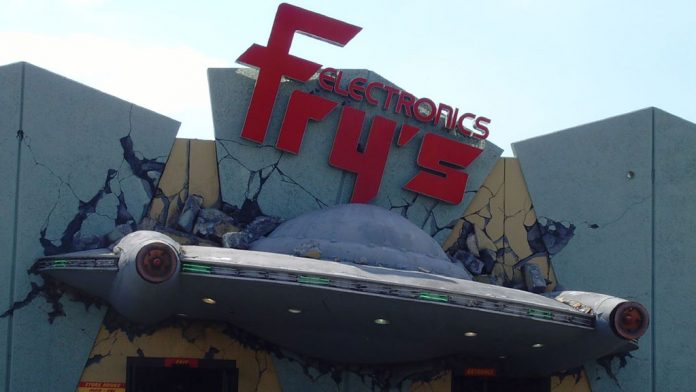 The 36-year run is coming to a conclusion.

A little over one year ago, we raised the question, how much longer can Fry’s Electronics stay in business? The answer, as it turns out, is a bit over a year.

The retail chain announced its impending closure on its website, saying it left the”difficult decision” to radar after 36 years”as a result of fluctuations in the retail sector and the challenges posed by the Covid-19 pandemic.”

In a way, it is the ending of an age, as Fry’s Electronics (or just Fry’s, as it is commonly referred to) was one of the last position better-known retail electronics and PC hardware chains. Anyone remember when there were brick and mortar CompUSA stores? How about Gateway, or Circuit City? When you have anything left in your bottle, you can pour one out for Software Etc. too.

The list continues, and it becomes elaborate when factoring in brand names changing palms and subsequently attempting relaunches, or being absorbed to other brands. It’s a different landscape, however, and Fry’s is the latest retail casualty of the web, leaving Best Buy, Walmart, and to an extent Micro Center as the key offline destinations for electronic equipment. Apart from your regional ma and pa shops, that’s.

Fry’s operated 31 shops across nine countries, a few of which were exceptionally themed. As an example, its retail location in Burbank, California featured an alien invasion theme, with the storefront decorated like a UFO had crashed into the building. A number of the other themes in several different locations included the wild west, ancient Egypt, and also the gold rush, to name just a couple.

Operations have ceased and Fry’s is embarking on a breeze down process. Fry’s is also”reaching out for its customers with repairs and consignment vendors to help them comprehend what this may mean to them and the proposed next steps” If you’ve got a item that’s being repaired by Fry’s, the company says to get customer service to arrange a return.

We will always be grateful for the awesome deli sandwich bargain a few Black Fridays past.