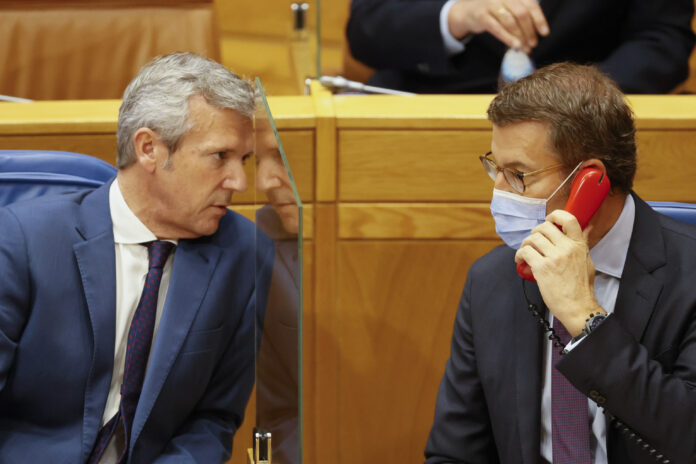 The confrontation between the PSOE and the PP is intensifying at times, but there is still room for state agreements. As Feijóo insists whenever he can, the opposition is one thing and “the alternative”, another, so the harshness of the PP’s criticism of the Government -and vice versa- does not prevent the silent work in search of State pacts from continuing going forward. Hence, next week the parliamentary spokesman for the PSOE, Héctor Gómez, is going to propose a meeting with the PP, Cuca Gamarra, to advance on the issues that can be agreed upon, according to socialist sources.

In that conversation they will talk about the National Security Law, whose processing the popular saved this Thursday by helping the Executive to knock down the amendments to the entire ERC, PNV, Bildu and Más País. In other words, Sánchez’s parliamentary partners. Gamarra has, according to PP sources, four key demands to support the approval of the norm. He is going to present amendments to “improve” some aspects and in the PSOE they believe that there will be “problems” in reaching an agreement. Before, with Pablo Casado, the PP wanted to take it to the Constitutional Court and now it wants to correct it.

The first of the conditions of the PP is that the Prime Minister undertakes to be accountable to Parliament in the event that a “situation of interest to national security” is declared. The new law gives more power to the chief executive in those cases, because he can issue decrees without going through the National Security Council or Congress, and with much more flexibility in the procedures. The PP wants the passage through Congress to be mandatory.

The second improvement of the legal text that Gamarra will propose is that the exercise “of freedom rights” is not suspended, in the case of “compulsory personal benefits. This means that any person of legal age will be “obliged” to comply with the orders of the competent authorities in certain cases of emergency, and without the right to compensation. “Not even an organic law could establish such a suspension of freedom,” PP deputy Juan Antonio Callejas said Thursday. In an argument to which this newspaper has accessed, the Government responds that what is modified has already been approved in an ordinary law and, therefore, a higher-ranking norm is not necessary.

The third request to the PSOE will be, precisely, that those who are forced to provide services to the State be compensated. “The Constitution prevents it,” argues the PP, because “if he is not compensated, the citizen becomes a good for public use without the possibility of compensation.”

The last demand of the PP will be that the suspension of the liberalization regime of the Law on capital movements be revoked. Already during the worst of the pandemic, the government suspended the liberalization of certain foreign investments. “Let’s negotiate article by article and have a sense of state,” summed up deputy Callejas.