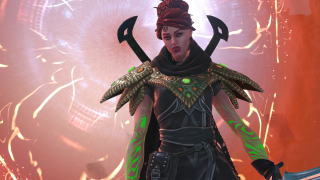 Opinions on its combat and deck system are not all highly optimistic, either.

One of the top posts on the Magic: Legends subreddit is titled”fastest uninstall of my life,” which isn’t the sort of reaction the free-to-play action RPG was looking for through its first week in open beta. Possibly worse, popular commentator and streamer Sean”Day[9]” Plott, who is big at the Magic: The Gathering Arena scene, called Legends”dreadful” after temporarily livestreaming it. You will find positive remarks out there, too, but what looked like an exciting launch has quickly become tumultuous.

Putting aside Day[9]’s layout criticisms for an instant, controlling the dialogue right now are just three significant complaints: the complex currency system (there are 13 distinct resources), monetization, and performance problems.

The greatest pain point is that the Dimir Assassin course, that’s the top-tier random drop from”booster packs” that every cost about $3 worth of top Zen currency. The course can also be bought with in-game Goldbut players report the price is so enormous they’d need to grind to get eons to manage it.

A various in-game resource, Aether, can be exchanged for Zen in a player-driven market, so there is another grindy way to find booster packs without spending real cash. It’s also notable that the Dimir Assassin is currently the only locked class; you will find five free courses unlocked from the start. If you’re the kind who cares about what a free-to-play game provides up front than what you can get as you proceed, the Dimir Assassin may be a non-issue.

Even placing the Dimir Assassin aside, however, that the Magic: Legends monetization is somewhat much. Along with cosmetic items, the store contains boosts and services, like character renaming and new deck slots for approximately $5 each, and there is a battle pass with two top tiers, $10 and $25. There are also daily limits on resource collecting, an unpopular tradition, and fairly so. It’s no anomaly–lots of free-to-play games have stores such as this–however some restraint might have helped smooth over the other issues in Magic: Legends.

Players are reporting framerate issues, and I’ve experienced some stuttering, in addition to choppiness due to network lag and occasional glitchy movement. It is in beta, but it is tough to make allowances on this basis once the game is currently slinging loot box equivalents and premium battle pass tiers.

I had fun mucking around in the game for an hour, and the deck system is potentially interesting: It cycles spells out of your little hotbar once you use them and deals in new ones, which adds yet another thread to maintain your mind in an already hectic genre. I am not sure the system will be attractive after the novelty wears off, though. In combat, my best tactical option is often to cast a spell which I do not wish to use just to make space in my hotbar for some thing else–that is nearly the same as casting indiscriminately. I tried adding many copies of a single spell to my deck so that it would seem more often, but decks can just have one copy of each spell. Perhaps things get more interesting when mixing and matching colors; a blog post breaks down advanced deck building, which I haven’t gotten to yet.

Depending on the early game, Day[9] had an even harsher take on the system.

“It’s not that the sport lacks interesting decisions, it lacks decisions,” he explained. “I struck my buttons on cooldown. I don’t manage mana. There was not any point in the first three hours I managed mana, period. I really believe the present implementation of the deck and the way that functions in combat feels to be an anti-system. It feels like it hurts the gameplay rather than producing something fresh and cool and fun.”

Magic: Legends is stingy with loot, also, which is an odd choice given how fundamental the joy of picking up stuff is to numerous popular games such as it. I have discovered nothing up to now, and Day[9] found one tunic over several hours. Ultimately, Day[9] (who I should mention hosts our annual PC Gaming Show) said he would give the game”either a zero or a one” from ten based on what he played.

It is not a fantastic start for Magic: Legends, subsequently, with each significant category of criticism being logged in the first couple days: design complaints, technical ailments, and monetization complaints. I really don’t think it’s always a tragedy, though. Folks like Magic and ARPGs, also it does not take much to get me to enjoy clicking monsters to make them pop up. The surroundings are pretty, and planning area-of-effect spells can be gratifying –I like shooting a line of ghosts at a bunch of goblins and spiders. Despite the complaints, I still think there’s something to Magic: Legends.

Magic: Legends is totally free, obviously, which means you’re able to give it a try with no risk. It’s on the Epic Game Store or guide out of Perfect World’s Arc launcher. You might prefer to allow some time for comments to be processed and a few patches to emerge, though.

May Barometer Feijóo steps on the heels of Sánchez and Vox grows, according to the Tezanos CIS

News Editor - May 19, 2022 0
The PSOE has presented this Thursday a proposal for an abolitionist law of prostitution in Congress that proposes to prosecute all forms of pimping...

Monarchy The Emeritus flies in a private plane registered in Aruba...

United Kingdom Scotland Yard concludes the investigation into the ‘Partygate’ with...